Twelve years ago, the man known as "the Berlin patient" received a bone marrow transplant which permanently cured him of HIV. The man, Timothy Ray Brown, told the AP news agency that he is now facing terminal leukemia. 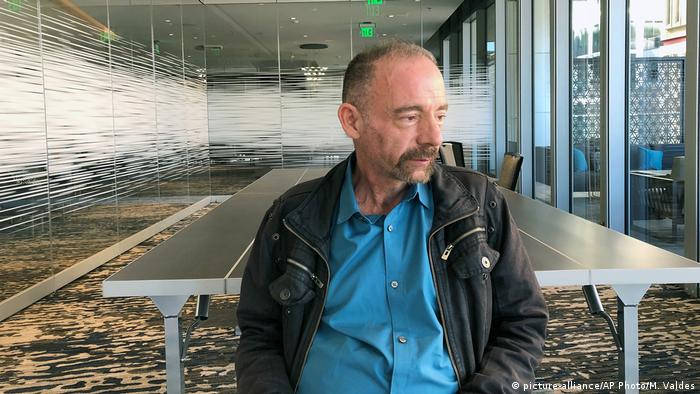 The first man ever to be cured of HIV, US national Timothy Ray Brown, is suffering from a recurrence of leukemia that was believed to have been cured along with the virus.

In an interview with the Associated Press (AP) news agency, Brown confirmed he was terminally ill. The 54-year-old is receiving hospice care in his current home in the US state of California.

Brown discovered he was HIV positive while working as a translator in Berlin in the 1990s. He was subsequently diagnosed with leukemia in 2006. He was to be treated for leukemia with a marrow transplant. At the time, Dr. Gero Hütter from the University of Berlin had the idea that transplanting the marrow of a donor with a natural resistance to HIV could also defeat the virus in Brown's body.

Infected with HIV - A life of fear?

The virus appeared to be gone after the first transplant in 2007, but Brown still suffered from leukemia. After another transplant the following year, Brown recovered from the cancer as well. The results were soon published, giving hope to millions who suffer from HIV/AIDS from around the world. Brown became known as "the Berlin patient" in the medical community.

On Friday, AP cited Brown as saying his cancer returned last year and had spread widely since. However, he said he did not regret undergoing the revolutionary procedure in Berlin.

"I'm still glad that I had it. It opened up doors that weren't there before," he said, noting that more scientists have since been inspired to find a cure.

Medical scientists have since struggled to recreate the success they had with Brown. Only one man, Adam Castillejo — also known as "the London patient" — was cured in a similar way after a 2016 transplant. Other patients either saw virus return or succumbed to cancer.

The procedure is considered risky and complicated, and donors who can provide suitable stem cells are very rare — the genetic mutation is found in only 1% of white people living in northern and western Europe. It is even rarer in other ethnic groups.

Experts believe some 30 million people are currently infected with the HIV virus and the AIDS disease kills nearly a million people every year. While reliable cure is yet to come, many infected people can now lead relatively normal lives for many years by using antiretroviral drugs.