Firefighters in Frankfurt were combating a blaze at the famous MMK modern art museum. The building had been closed for renovations when passers-by reported smoke. 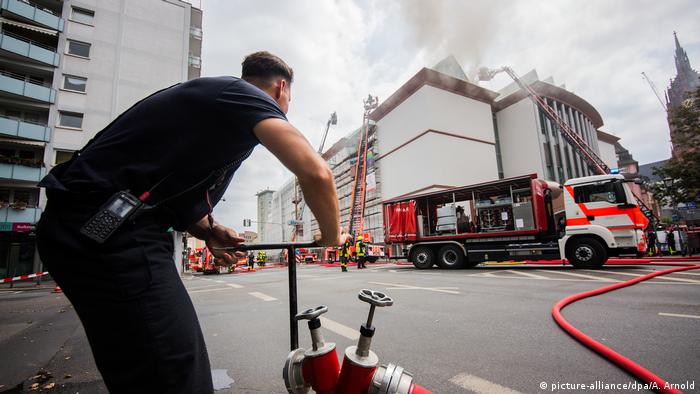 German police opened an investigation into a fire which started at Frankfurt's Museum für Moderne Kunst (Museum of Modern Art or MMK) on Monday.

About 70 firefighters and 20 vehicles were at the scene and trying to put out the flames in the "roof area" according to the local fire service.

"The effort to put out the fire is difficult because the copper roof must be opened by hand," Frankfurt firefighters said on Twitter, without providing details.

The deployment lasted for severa hours, they said in a statement on Monday afternoon. 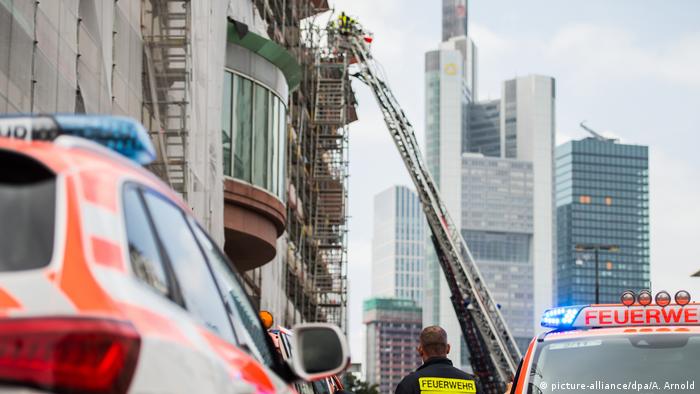 The MMK, which opened in 1991, is considered one of the most important museums in Germany. The building normally houses over 5,000 items, including pictures, photos, sculptures, and video installations.

With the museum undergoing renovation, however, most of the items were in storage, a spokeswoman said.

Separately, museum chief Susanne Pfeffer described the fire as being "fortunate in [its] misfortune."

Speaking to daily Frankfurter Runschau, she said that "no people were injured and no works of art were damaged."

"We had pretty much no art on display," Pfeffer added.

Passers-by first reported the thick column of smoke rising from the building's roof. No visitors were inside the building at the time.