The blaze broke out at a partially built residential tower close to the Burj Khalifa, the world's tallest building. The Gulf city has seen several fires at high-rises in recent years. 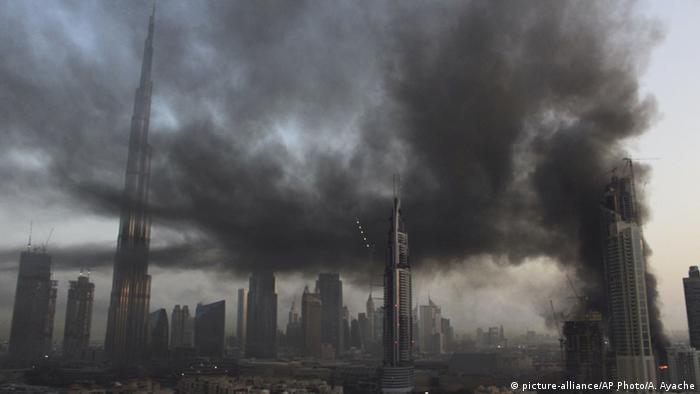 Emergency services responded to a large fire at a residential complex under construction in Dubai early on Sunday, rescuing three workers who were trapped inside the building, authorities said.

The Dubai-based "Gulf News" described the location as a three tower 60-storey block known as The Address Residence Fountain Views, which was due to be completed in April 2018.

The newspaper said the blaze, which broke out at 5:40 a.m. local time (0240 UTC), was confined to its lower floors and took three hours to bring under control. 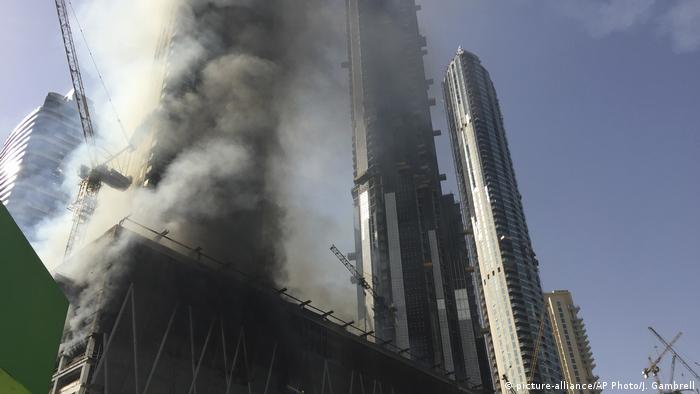 "Cooling operations are underway and ambulance units are on site," the Dubai government's media office posted on its Twitter account.

Black smoke filled the Dubai skyline and several nearby roads were closed.

"It was plumes and plumes of black smoke. It looks like it was quite low down," said witness Anthea Ayache, who tweeted video footage of the Dubai skyline.

There were no immediate reports of any casualties at the towers, which were being built by the real estate giant Emaar.

The skyscraper is in the same neighborhood as the city's biggest shopping center, Dubai Mall, and the Burj Khalifa, the world's tallest building.

The site is also near the 63-story The Address Downtown Dubai tower, which was heavily damaged in a fire on New Year's Eve in 2015.

Several major fires have hit the city's high-rises in recent years and spread quickly. Building and safety experts have blamed a highly flammable material used in cladding, a covering or coating used on the side of the buildings.