Belgium's agriculture minister has accused Dutch authorities of keeping reports of Fipronil use a secret. The allegations come after Belgian officials admitted they knew back in June that eggs had been contaminated. 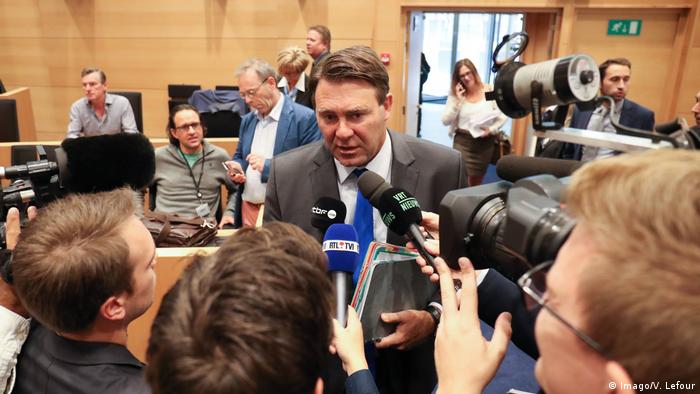 Belgium's new agricultural minister, Denis Ducarme, told the parliament on Wednesday that the country's food safety agency had obtained an internal document from its Dutch counterpart, which "reports the observation of the presence of Fipronil in Dutch eggs at the end of November 2016."

Ducarme, a member of Prime Minister Charles Michel's Mouvement Réformateur party in Wallonia, blasted the Netherlands over the scandal, which has resulted inmillions of eggs being pulled from supermarket shelves around Europe and could lead to millions of hens being culled.

"When a country like the Netherlands, one of the world's biggest exporters of eggs, does not pass on this kind of information, that is a real problem," said Ducarme, adding that, had Belgium been notified sooner, "our vigilance about Fipronil would have been increased, greatly increased."

Ducarme's comments came during an emergency parliamentary hearing, called after two Belgian officials admitted they knew of the Fipronil-tainted eggs back in in June, two months before the first reports of the scandal had broke. They said the scandal was kept secret because of a parallel criminal fraud case.

The minister also said that once Belgian officials had uncovered traces of Fipronil in eggs, they asked their Dutch colleagues where the agent had been distributed, only to be left waiting for one month before receiving a response. "One month," Ducarme said. "One month without the slightest information from the Dutch agency."

Rob van Lint, the inspector-general of the Netherlands' NVWA food and goods watchdog, rejected Ducarme's claims, saying in a statement that "the allegations that we knew about Fipronil in eggs in November 2016 are untrue."

However, van Lint admitted that his office had received an "anonymous tip-off" that month that Fipronil had been used to sanitize chicken pens to combat red lice. "At that time there was no indication of an acute danger to food safety," he said. "There was not a single indication that Fipronil could also be present in eggs."

Criminal probes for suspected fraud have been launched in both Belgium and the Netherlands, while dozens of eggs producers are under investigation. However, prosecutors have declined to provide further details.

Similarly, the European Commission, which oversees all 28 members' food safety alert systems, refused to disclose if and when it knew about the reported Dutch finding.

A spokesman for Germany's agriculture ministry, Carsten Reymann, said he could not comment on reports that Dutch officials knew of the containment back in November. "What's needed here is total clarity," he said. "We have to know when this substance was used and where. And what happened to the eggs that were produced."

The contamination of eggs is believed to have stemmed from a substance used by a Dutch company called Chickenfriend, which was hired by farms in the Netherlands and Belgium to treat chickens. Fipronil is believed to have entered the food chain after the company had illegally added it to a product used to treat poultry for lice and other pests.

Read more: Why toxic chemicals keep sneaking into our food

The insecticide is banned in the EU for use on animals intended for human consumption.

If consumed in large quantities, Fipronil can be hazardous to humans' kidneys, liver and thyroid glands, according to the World Health Organization. However, there have been no reported incidents of anyone falling ill on account of consuming contaminated eggs since the scandal broke.