Finland is pushing hard for austerity in Greece. The government only has a small majority that it couldn't uphold without the nationalist Finns Party - which is adamantly against a third Greek bailout. 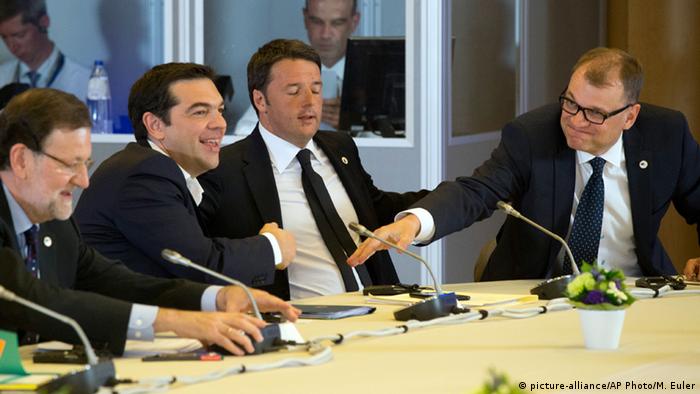 Germany isn't the only country with a strict austerity stance when it comes to Greece. In a July 6-10 survey by the international polling institute YouGov, only 14 percent of Finns said they were in favor of renegotiating Greece's debt. That's the lowest number of the six countries in the poll - even lower than Germany. It shows that the Finns are rallying behind their leadership.

In a statement, Finance Minister Alexander Stubb said that he expected Greece to come up with convincing reform proposals before further financial assistance could even be considered. 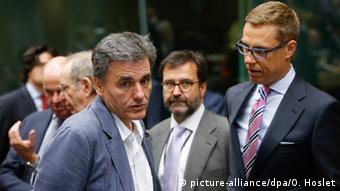 "Negotiations can only be resumed when the Greek government is willing to cooperate and commit itself to measures to stabilize the country's public economy," Stubb said.

A final decision won't come as soon as Germans, Finns and the other eurozone members had hoped for. The Eurogroup, which is composed of the 19 finance ministers of the currency union, had negotiated with Athens for hours over the weekend in talks that were described as "very difficult" by Eurogroup head and Dutch Finance Minister Jeroen Dijsselbloem.

Originally, the meeting in Brussels was supposed to conclude with a summit Sunday evening, at which all 28 EU leaders were to sign a final agreement on how to proceed with Greece. But the summit was canceled by EU President Donald Tusk.

According to reports, Finland would likely reject another Greek bailout. On Sunday, a source told the Finnish public broadcasting company Yle that the government was not ready to accept the austerity measures and reforms that Greek Prime Minister Alexis Tsipras promised in exchange for further assistance.

One possible reason for this reluctance: the Finns Party. The populist Euroskeptic party garnered 38 seats in April's parliamentary elections and became the second-strongest party behind the Centre Party of Prime Minister Juha Sipila. The two form the Finnish government together with the center-right National Coalition Party. 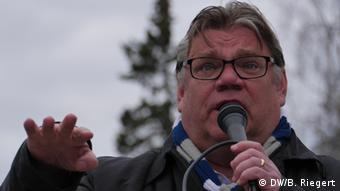 The Finns Party was a candidate to join the government after the last parliamentary elections in 2011. But party leader Timo Soini decided to stay in the opposition rather than compromise on his party's refusal of the loan programs for Greece and other EU crisis countries.

Before that, Soini had repeatedly accused the Finnish government of perpetrating a fraud on its people by spending millions of euros on bailing out Southern European countries. In recent times, Soini has repeatedly argued in favor of a Grexit.

"Usually someone in debt does not set conditions, but rather pays his debt, so this arrangement is a bit upside-down," Soini, who is also Finland's foreign minister, said in a Yle interview. He accused Greece of running a pyramid scheme that would "continue as long as the milkmaid has a cash cow to milk."

With a partner like that in the governing coalition, Finland's strict course is no wonder. And they can't afford to lose the Finns Party by agreeing to a Greek bailout program that Soini and his nationalists oppose. The Finnish parliament consists of 200 seats, so a majority needs at least 101 seats. If the Finns Party were to drop out in anger over a perceived "soft" bailout course, Finland's government would collapse.

Prime Minister Juha Sipila can't afford that, so he's likely to stay the strict austerity course. A Greek official told the "Washington Post" that Finland was the "single toughest holdout against a deal."

On his website, however, Finance Minister Stubb claimed that his nation was "not trying to block a deal," but was simply sticking to the conditions that they had demanded from Greece from the get-go: "I'm still hopeful but I think we're very far away from the type of conditionality we need."

Greeks of all political stripes hope for a deal

Will there be a new bailout? And, if so, under what conditions? People on the streets of Athens agree that there must be a deal, as Jannis Papadimitriou reports from Athens. (12.07.2015)

Heads of state from eurozone countries meet for a summit to discuss a possible bailout for Greece that would prevent the country from going bankrupt. DW follows the latest on the Greek debt crisis. (12.07.2015)