In Bolivia, many children have to work to help their families stay afloat. Their schooling often suffers as a result, but experts warn against categorically banning child labor. 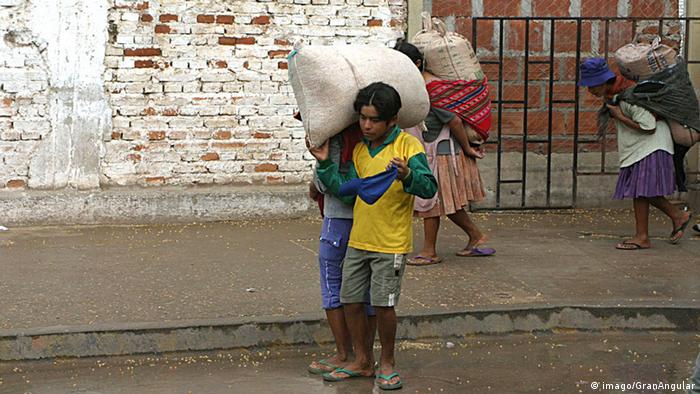 Children go to school. Or at least, that's where they should go in theory.

But in some countries the reality is very different. In these nations, children don't spend much time sitting in a classroom. Instead, they're out working in factories, in agriculture, or selling goods - anything to contribute to their family's income.

According to the International Labor Organization (ILO), around 168 million minors worldwide spend the bulk of their time trying to earn money.

The numbers are worst in sub-Saharan Africa, but the situation in Latin America is also drastic. There, a total of 13 million children are forced to earn money.

The ILO has launched a global campaign called "Red Card against child labor" as part of an effort to bring down these numbers. The campaign isn't just focused on dangerous work, but on all forms of child labor - primarily forced labor like prostitution and slavery.

In Bolivia, the legal minimum working age is 14. But there are plans to lower it to 12 - a move that has attracted worldwide attention. Bolivian President Evo Morales has called for limits on the legal working age to be lifted, and in doing so he's meeting the demands of Bolivia's child unions. These groups protest regularly for children's right to work. 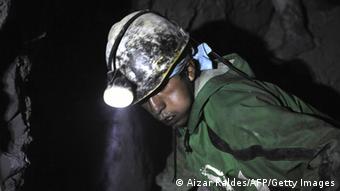 In Peru and Bolivia (here), around 35 percent of children are in the workforce

Political scientist Manfred Liebel, who is also involved as a consultant for Bolivia's Union of Child and Adolescent Workers (UNATSBO), says it doesn't make any sense to prohibit child labor. "Instead, it's important politically to work towards changing the lives of families," he said. "They should be able to decide freely and independently whether children contribute to the family income or not."

For years, Liebel, a faculty member at the Technical University of Berlin, has been striving to inject more balance into the debate about child labor. He says local traditions that form the backdrop for child labor in certain countries also need to be taken into account.

"Indigenous traditions play a major role in Bolivia. They stipulate that children start participating in the workforce from an early age," he said. "In this respect, harvesting or fishing play an important role."

These are also protected areas of work, he added.

"The children aren't dependent on individuals or businesses who could exploit them. Rather, they are part of the community. The same is true when it comes to working for the family." 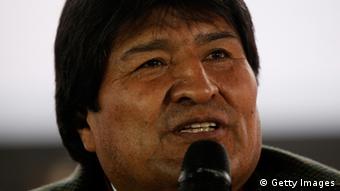 Nikoletta Pagiati from human rights organization Earthlink is also skeptical about a blanket ban on child labor. This could lead to more young people sliding into illegality, she says, adding that the problem should be tackled with help from local child protection organizations - and not just by politicians, the courts and police.

According to Pagiati, it's pointless punishing companies for employing minors if no one is responsible for giving children other alternatives or other relevant training. Her organization is trying to change the structure of poverty to make child labor redundant.

"If you pay adults salaries they can live on, they also won't need to force their children to work," she said.

But while Earthlink also advocates for the legal working age to be determined according to cultural background, Pagiati adds that "no child should be allowed to work before the age of 16."

Sociologist Manfred Liebel points out that there's also an important link between child labor and education. 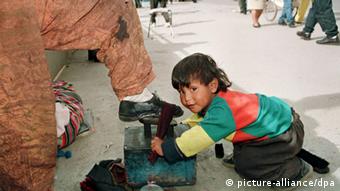 Generally not condoned: A four-year-old shines shoes in Bolivia

Liebel, author of the book "Kinderrecht aus Kindersicht" ("Children's rights from a child's perspective"), is calling for a broader understanding of child labor. He supports a new educational concept that takes the experiences children gain at work into account.

"Work can be an important part of training, and even studying," he said.

Many children know how to distinguish between necessity and coercion, he added.

"If they work to support themselves or their family, that's not coercion, it's necessity. It's not always pleasant, but it's another matter altogether if they were forced by a third party into working."

According to Liebel, the ILO should only criticize child labor in certain cases where it's justified.

"They shouldn't target every kind of child labor, just cases involving any kind of coercion or violence against children."