A new study by professional services group PricewaterhouseCoopers (PwC) shows that while the number of finance-related crimes in Germany has fallen, the total financial damage they inflict on businesses has risen. 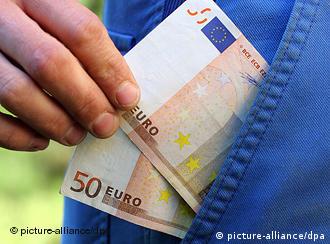 About a third of German firms have been hit by fraud

Financial crime caused an average loss of 8.4 million euros ($11.7 million) at Germany's top companies over the past two years - substantially more than the 2009 average of 5.6 million euros.

That's the key result from a new study by financial consultancy PricewaterhouseCoopers (PwC), released Wednesday. But perhaps more surprising is that the survey, which gathered data from 830 German companies with at least 500 employees, also showed a clear fall in the number of crimes overall.

In PwC's 2009 survey, 61 percent of the responding firms said that they had fallen victim to embezzlement, fraud, corruption, industrial espionage or similar crimes in the past 24 months, compared with 50 percent in the new report.

Managers get away with it

The most common crimes remained simple fraud and theft. 32 percent of companies said they had been affected by such offenses – another significant drop on the 2009 figure of 42 percent. 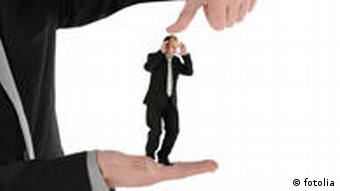 As for industrial espionage and data theft, there was a similar fall from 21 percent to 12 percent, while another 12 percent also said they had been victims of corruption.

PwC explained the paradox is the result of a surge in high-yield crimes. Three percent of companies said they had been the victims of crimes that cost them 100 million euros or more. On top of that, the cost of pursuing criminals also rose.

Perhaps the most troubling finding was that while half of all financial crimes were committed by people in management positions, prosecutions were rarer higher up the hierarchy.

The data also suggested that companies are becoming more aware of the damage that crime can do to their reputation, and therefore their share value.

The 2011 survey said that 50 percent of companies see crime inflicting "noticeable harm" to their business relationships – almost double the 27 percent of 2007. In 2001, only 10 percent said that.

As a result, firms are apparently more eager to invest in anti-corruption programs. More than half the respondents have decided that paying for a so-called "Compliance Program" to prevent crime is indeed worth their while.

The chief executive of Swiss bank UBS has resigned after accepting blame for a $2.3 billion (1.7 billion euro) trading scandal. A London-based UBS trader has been arrested on fraud charges in connection with the loss. (24.09.2011)

Fraud investigators in the UK are examining Deutsche Bank and a number of other lenders to determine whether they misrepresented asset-backed securities linked to the financial crisis, according to the Financial Times. (05.09.2011)

One of the biggest tax fraud cases of the year kicked off in Frankfurt's district court on Monday. Six managers are accused of stealing 230 million euros in an elaborate tax evasion scheme involving the carbon market. (15.08.2011)

The Lebanese government has resumed a long-awaited forensic audit meant to shed light on why the nation is on life support. But the political establishment is trying to hamper the scrutiny.