Finalists Announced for German Book Prize | News and current affairs from Germany and around the world | DW | 15.09.2006

The search for this year's best German language novel is underway. On Sept. 12 the jury announced its eagerly awaited shortlist for the German Book Prize. 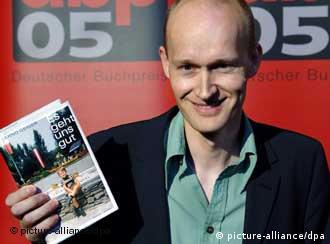 "After a lively and passionate session the jury has managed to arrive at a surprisingly amicable -- but by no means unanimous -- decision on the six titles for the shortlist," said Volker Hage, literary critic and speaker for the German Book Prize jury.

The jury changes each year and the members this year include authors John von Düffel and Terezia Mora, literary critics Elmar Krekeler and Pia Reinacher, as well as the TV literary editor Denis Scheck and bookseller Stephan Samtleben.

"We have read our way through a mountain of novels and even asked for more titles in addition to those nominated by the publishing companies since we didn't want to be limited to the initial choices," said Hage.

The jury members had five months to narrow a list of 120 serious contenders down to 20, and then to six.

The novels nominated for the shortlist are (in alphabetical order of authors):

Other books by the short-listed authors

Since the works eligible for the German Book Prize have to be very recent publications, most are not yet available in English. But five of the authors on the 2006 shortlist have had some of their previous works translated into English:

The winner of the German Book Prize won't be announced until the awards ceremony. One lucky author will go home with 25,000 euros ($31,800), five finalists will receive 2,500 euros each.

This high-profile fiction competition was founded in 2005 to give contemporary German literature a boost in an increasingly tough overseas market.

The announcement of the winner is timed for the eve of the most important event in the international literary calendar, the Frankfurt Book Fair. The prize presentation ceremony will take place in Frankfurt’s Römer city hall on Oct. 2, 2006.

There are plenty of awards and scholarships offered every year in Germany's literary scene. But the German Book Prize, founded in 2005, is hoping to earn a place in the international arena. (Sept. 15, 2006)