Fiji's all important sugar industry is struggling. With the EU opening its markets in 2017, the Pacific nation stands little chance in the world market. Making the sugar sector more sustainable could be the solution. 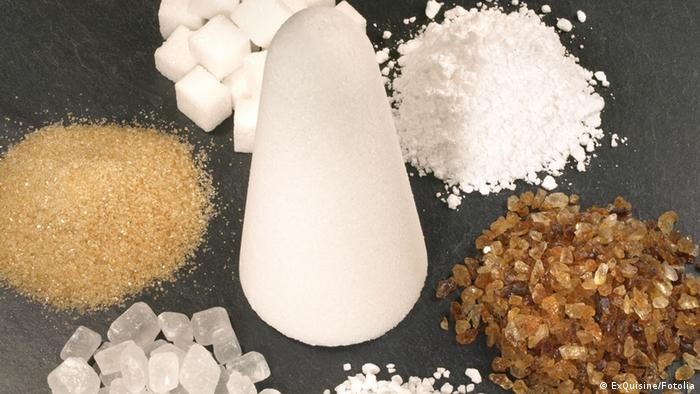 The biggest share of Fijian sugar exports still go to the UK. That’s where raw sugar is turned into the white edible sweetener

A morning cup of coffee with sugar – that's the way many people start their day. But few spare a thought for the journey the tiny sugar crystals have made before they end up in their coffee cups. There's a good chance they're from the Pacific nation of Fiji.

Around 75 percent of Fiji's arable land is planted with sugarcane. Around 200,000 of the island residents, a fourth of the total population, live directly or indirectly off the trade in the sweet stuff. 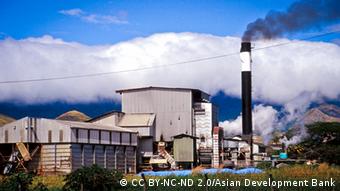 But the sugar industry is in a crisis. Dilapidated factories, outdated production units and an aging farming population are just some of the problems it faces. In 2003, the country produced 400,000 tons of sugar while 10 years later, output had halved. About 125,000 tons of that were exported to the European Union.

“The biggest problem for Fiji is that it's far removed from all the markets,” Sergey Gudoshnikov, an economist at the International Sugar Organisation (ISO) in London, says. “Fiji needs to look for new markets that are closer than the EU. For instance, Malaysia or China.”

From crown colony to free floating on the world market

It was in 1874 that the British took over Fiji and the Pacific nation was declared a British crown colony. That gave it a special status and Fiji could rely on the fact that British refineries would buy its raw sugar at a fixed price, higher than the one in the world market. At the time, the sugar was exported to England and till today, the UK remains the biggest importer of Fijian sugar.

Deep-seated tensions between Indo-Fijians and indigenous Fijians, which date from the colonial area, continue to cause social instability. Many of the present day sugarcane farmers are Indo-Fijians whose ancestors were indentured labourers brought from India to work on the plantations.

The landowners, many of whom are Fijian clans called the Mataqali, are now unwilling to extend the farm leases that have existed for decades. The ethnic tensions are mirrored in the fight for diminishing arable farmland. Between 2010 and 2016 alone, 2,991 further leases are set to expire according to an #link:https://www.devex.com/projects/tenders/international-ta-to-support-the-rejuvenation-of-the-fiji-sugarcane-extension-service/154855:EU document#. That's also the reason why there's little interest in investing big money in modernizing the sugar factories. 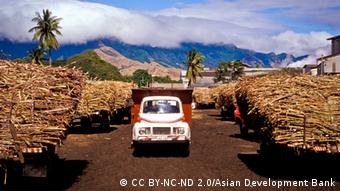 There's another pressing reason why Fiji's sugar sector needs to reinvent itself. So far, Fiji has benefited from an EU law that stipulates that 15 percent of the European Union's sugar needs should be met by poor countries such as Fiji who are also allowed custom-free imports. The law is set to expire in 2017 after which Fiji will be competing on the global market with sugar giant Brazil and its own bigger neighbor, Australia.

“Fiji has to lower its production costs,” Gudoshnikov says if it is to survive on the highly competitive and cut-throat market.

Fiji's government, which owns the four state-run sugar factories, now wants to chart a sustainable path in order to kickstart the sugar industry. In a speech at the International Sugar Organisation in November 2014, Fiji's Prime Minister and Sugar Minister, Josaia Voreqe Bainimarama #link:http://www.bainimarama.org/speech-prime-minister-josaia-voreqe-bainimarama-international-sugar-council/:announced# that the country's first combined power plant for the Rarawai mill would be connected to the grid by mid-2015. 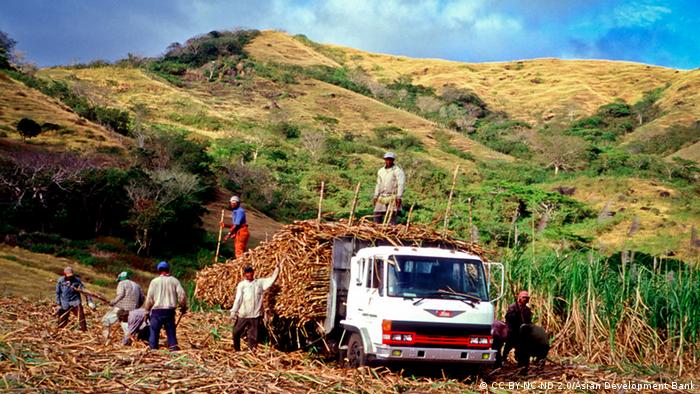 The electricity is to be generated from the burning of bagasse, a waste product created when the sugar juice is pressed. The state-run sugar organization also plans to build its first ethanol plantation at the Rarawai sugar mill in order to produce biofuel, for instance. The plant is meant to first make the mill self-sufficient. A second power plant is planned for the sugar refinery in Labasa, the prime minister added in his speech.

It's not the first attempt to make the sugar industry more sustainable. Together with non-governmental organization Bonsucro and the World Wildlife Fund for Nature (WWF), spirits maker Bacardi Limited set up a project to protect the world's third-longest contiguous coral reef near the island of Vanua Levu from the waste from sugar factories.

Farmers are being trained on two pilot farms to set up plantations in a terrace shape or with barriers made of sweet grass. It's meant to help farmers prevent pesticides as well as nutrients and seeds from being washed away and ending up in the ocean along with waste water.

Since 2011, Fiji has been using the Fairtrade certification to keep up with standards of other countries. With financial help from the EU, 15,000 Fijian farmers have received Fairtrade prizes for their exports, according to “#link:http://www.fijitimes.com/story.aspx?id=286359:Fiji Times Online#.” 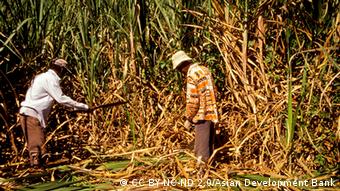 A ban on strikes, no wage negotiations - working conditions in the sugar industry have led to protests and conflicts

But here too, Fiji isn't without problems. The International Labor Organization has demanded that the Pacific nation should be stripped of its certification because working conditions on the plantations and in the sugar mills have repeatedly sparked protests. The country seems unable to balance its economic aspirations, attempts at sustainable production and the dark legacy of its past.

Despite the challenges, economist Gudoshnikov still has hopes for Fiji's sugar dreams. “The sugar industry is fighting, it won't die out.”

EU: International TA to Support the Rejuvenation of the Fiji Sugarcane Exte