Fighting for a nuke-free Germany

There still are US nuclear arms in Germany. The country's peace movement wants to get rid of them while championing for a world without war. But the days when thousands took to the streets to promote pacifism are over. 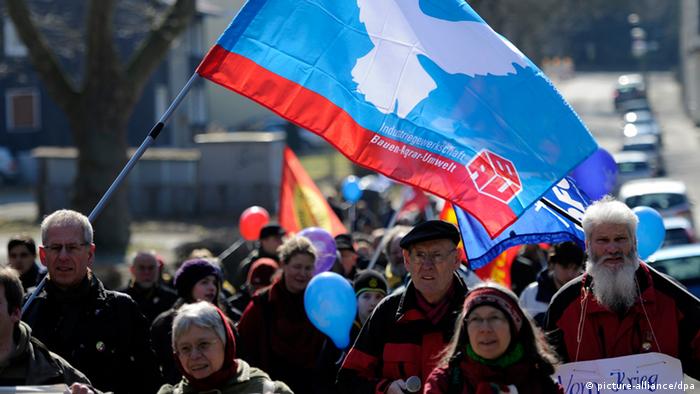 When Andreas Buro talks about the high time of the German peace movement, it doesn't sound nostalgic but self-confident. "Back then, there was no political party, no union that managed to mobilize more people than we did." The 84-year-old former professor of international politics has been active in the peace movement for decades.

Buro likes to stress that it's not only mass demonstration with tens of thousands of protesters that are evidence of the active and successful work of the activists. There are many small projects and workshops that can also have an impact. 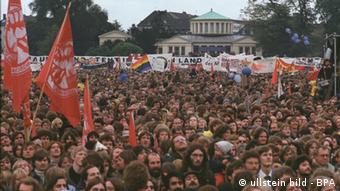 In the early 1980s, hundreds of thousands protested against nuclear weapons in the streets of Bonn

Mobilizing the masses was possible when there was an acute threat, he said. In the early 1980s, the NATO double-track decision was such a situation. The military alliance decided to station nuclear US missiles in West Germany and other Western European countries - rockets that would be able to reach Moscow. Critics warned that this step in the arms race would put Europe at the brink of a nuclear war.

In October 1981, during a visit to Germany by US President Ronald Reagan, some 300,000 protesters joined for a demonstration against the decision. Half a year later, there were 400,000 on the streets of the then capital Bonn, marching against a NATO summit. The motto was "Stand up for peace," but in the end the protests failed to prevent rockets from being stationed in Europe.

"No blood for oil" 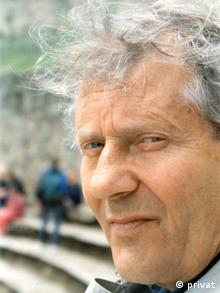 After the fall of the Iron Curtain, new protests started in the early 1990s. "No blood for oil" was the slogan against the US-led war against Iraq. It was especially the young people who took to the streets, calling into question the stereotype that their generation was not interested in politics. In January 1991, some 150,000 marched down the streets of Bonn.

The first Gulf War marked the end of the big demonstrations but not the end of the movement, said Simeon Teune of the Institute of Protest and Movement Research in Berlin. "With the peace movement it's like with the other movements: They develop in waves."

Currently, the activists are organized in smaller groups and rather have information stands in the inner city to reach out to people. "That's something that very often gets overlooked in the media."

Nuclear bombs in the countryside?

It remains to be seen whether the protest planned for Sunday (11.08.2013) at the German Air Force Base Büchel will get any media attention. The organizers are cautious and don't want to give any predictions. Five years ago, some 5,000 people showed up to protest against the remote German airbase in the Eifel mountain region. 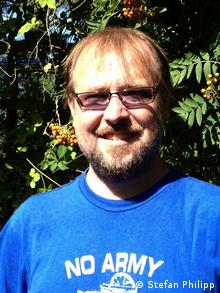 Blach fights for all nuclear weapons to be removed from Germany

It's where the last US nuclear bombs on German territory are suspected to be stored. Allegedly it's some 20 nuclear bombs of the B61 type though neither the German nor the US side confirmed the actual numbers. The allegations were published by WikiLeaks.

Aside from a general rejection of such weapons, the protest is also targeting the alleged US plans to modernize its nuclear arsenal in Germany and Europe.

"We reject a modernization of the nuclear weapons, because otherwise these bombs will be around here for along time," said Roland Blach from an anti-nuclear weapons network.

He's calling upon the government to make sure that Germany finally gets rid of US nuclear weapons altogether. It's a goal put down in the coalition agreement of the current government but there's been no progress on the issue so far.

The future of nuclear weapons

Despite a US call for nuclear arms reductions, North Korea and Iran continue to work on their nuclear programs and other countries may secretly be doing the same. Has non-proliferation failed? (19.02.2013)