The detained captain of the capsized South Korean ferry has justified a decision not to immediately evacuate the vessel. More than 270 passengers are still missing, although divers have located another three bodies. 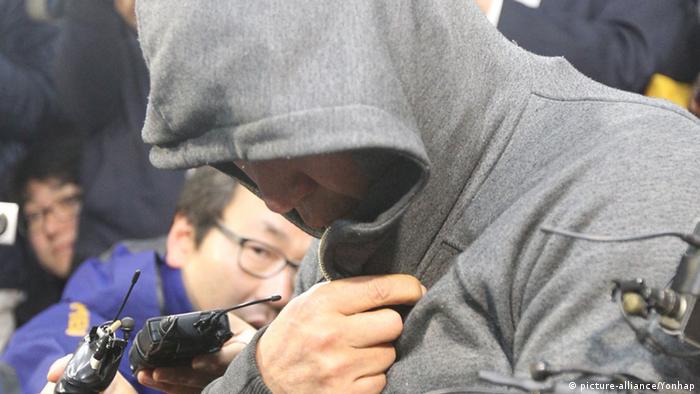 Captain Lee Joon-seok told reporters the evacuation was delayed to prevent passengers entering the freezing waters before the arrival of rescue vessels.

"At the time a rescue ship had not arrived. There were also no fishing boats around for rescues, or other ships to help," Lee said.

"The currents were very strong and the water was cold at that time in the area."

"I thought that passengers would be swept away and fall into trouble if they evacuated thoughtlessly," he added.

It was reported that the ferry's 476 passengers were instructed to remain on the vessel for up to 40 minutes. Relatives suggest their loved ones may otherwise have had time to reach evacuation points.

So far 28 bodies have been recovered, however, with more than 270 still missing that figure is expected to rise dramatically.

Cause of accident unclear

Many have pointed the finger of blame at Lee who has been arrested on five charges, including negligence of duty and violation of maritime law.

Arrest warrants had previously also been issued for two members of his crew.

He stands accused of being among the first to leave the stricken ship with several other crew members.

A press conference detailing the preliminary findings of an investigation into the cause of the accident also revealed that Lee had not been in control of the ferry. It was found that he had handed the helm to his third officer and may have been off the bridge entirely.

According to local shipping crew, however, that is standard practice on the 13.5-hour journey from the Korean mainland to the holiday island of Jeju.

Lee has apologized for the accident but has not publically offered any details on what may have caused the ferry to capsize in what officials said were calm waters.

Authorities are also yet to comment on reports the ferry turned before it listed sharply and capsized.

As search efforts entered their fourth day on Saturday, divers said they saw three more bodies through a window of a passenger cabin, but were unable to break the glass to retrieve them.

Until now, search efforts have been severely hampered by strong currents and poor visibility.

Two divers were able to enter the cargo deck of the ship for the first time on Friday, while another two accessed one of the cabins, however nothing was found.

Relatives are clinging to hope their loved ones may still be alive inside the ship in pockets of air, however, no survivors have been found since Wednesday when 179 people were pulled alive from the freezing waters.

Most of the passengers were students and teachers from the same school on a class trip.

On Friday, the vice principal of the high school, who escaped the ship as it was sinking, was found dead, apparently having committed suicide.

Police said his body was found on the island of Jindo where rescued passengers have taken shelter.