Few people got excited when Vicente del Bosque took charge of Spain. He had an impressive CV but did he have the vision to lead the most potent attacking team on earth? On Sunday, he leads them into the World Cup final.

Not one to rant, Vicente del Bosque still gets results

In the hysteria that surrounded Spain after they won their first ever trophy at the European Championships in 2008, it was easy to forget one of the more unsavoury chapters of their recent history, given their imperious march to the title in Austria and Switzerland.

It took place in 2004 when most of the Spain team who would go on to become European champions were just starting to come through and show promise. Their coach at the time, Luis Aragones, allegedly used a racist slur to motivate striker Jose Antonio Reyes to stand up to Thierry Henry of France. While the comment itself was deplorable enough, the Spanish FA's reluctance to take action was even more so.

Aragones was, of course, allowed to stay in his job and four years after the scandal, he led Spain to the Euro 2008 title. The glory of that achievement, and the belief of his supporters that he was just a 'man of his time,' glossed over the fact that Aragones was seen by many as a difficult, volatile man and an opinionated, abusive coach. But he got results, and as such, he was tolerated and indulged.

Two years on and Spain have the chance to claim the ultimate title when they face the Netherlands in the final of the 2010 FIFA World Cup on Sunday. They have lost only two games in the last 55 they've played and have shown the same confidence and class in South Africa as they did in Austria and Switzerland. If they win the World Cup, it will be an achievement which will put even winning Euro 2008 in the shade.

Has all this been achieved with a raging, anachronistic coach at the helm? Has a 'man of his time' used bullying tactics to take this team to within one game of being crowned champions of the world? The answer is of course no. Vicente del Bosque, a man and coach infinitely less brash or controversial than his predecessor, has brought Spain to the cusp of winning the greatest prize with his mixture of calm advice and fatherly protection.

Del Bosque is the polar opposite of the combustible Aragones and yet the team hasn't suffered from such a radical change at the top. From the day he took over as coach, he insisted that nothing would change on the pitch. Spain had just enjoyed its finest hour and del Bosque knew not to rock the boat by shaking up the system. He kept the nucleus of the Euro 2008 team intact along with Aragones' tactical plan. It wasn't broken, so why fix it? 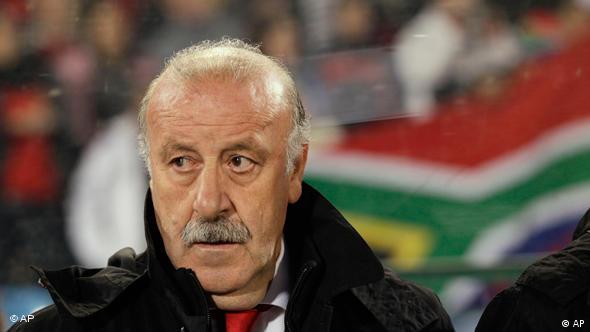 Instead, he changed the approach off the pitch, replacing the haranguing of players with the quiet coaxing which had got the best out of the Real Madrid teams he had coached in the past. The result is a happy, comfortable squad in which the potentially damaging Barcelona-Real Madrid split has no place. If no complaints about del Bosque or rumours of feuds among players have leaked from the dressing room it is because there haven't been any. The players have been made to feel they are partners in the team's success by del Bosque's inclusive approach.

After weathering the storm of criticism which followed the Switzerland defeat in Spain's first game in South Africa, the quiet man of Spanish soccer consulted those who knew best what went wrong – his players. Together they worked out how to put things right. Some saw this as weakness, as deferring to the players. Del Bosque knew it was a way to win trust and cement a bond. It was intelligent, not weak.

While he has been accused of being too gentle in the past, del Bosque is no push over and is certainly not afraid of making big decisions. He left out in-form players such as Marcus Senna, Daniel Aranzubia and Alvarao Dominguez from his final squad list and has shown during the tournament that there's no place for sentiment by benching the misfiring Fernando Torres for the semi-final defeat of Germany. Having had his fair share of dealing with difficult choices in club management, del Bosque has handled the national set-up with aplomb. 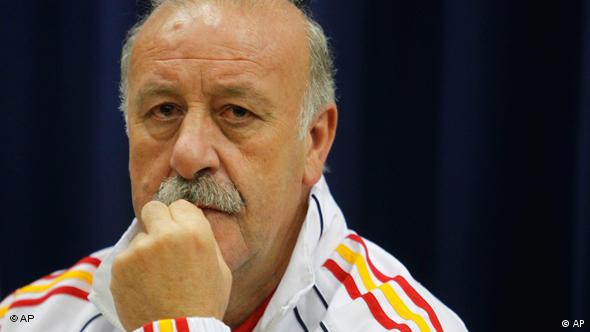 Del Bosque arrived as coach with an envious reputation for success. As Real Madrid coach, the former Los Blancos defender won the Champions League twice, La Liga twice and the Europa League during his four seasons in charge. His dismissal – for being too docile and not marketable enough to coach the galacticos project – is one of the biggest stains on Real Madrid's increasingly tainted record. Despite his long-standing allegiance to Real, del Bosque is astute enough not to buy into the club rivalries. He picks the players who fit the system, regardless of their team colours.

Find the player for the system, not the other way round

Del Bosque has been forced by necessity to change certain things in the team line-up but he has been keen to point out that his additions are more about evolution than revolution. Fresh legs in the form of the Barcelona trio Pedro, Sergi Busquets and Gerard Pique have been installed to give the system new bite but the coach hasn't tampered with anything for the sake of adding a certain player. The ideal player is found to play a certain position in the system – not the other way round.

Now del Bosque has the chance to add the World Cup to the European title won by his predecessor with a team that knows exactly what it is doing after years of honing a devastating pressing game built around some of the best ball players and passers in the world. And it didn't take a lot of shouting and swearing.

Press review: Germany was 'too respectful' of Spain

The European press reflects on Germany's World Cup 0-1 defeat to Spain. While the mood in Germany is sombre, there is praise for Spain and also a hint of hope at what the 2010 team could achieve in the future. (08.07.2010)

In-form Villa to be Spain's danger man in final

The Spain team that faces the Netherlands in the final will be much the same one that beat Germany in the semifinal - without David Villa's scoring, for once. If Villa strikes on Sunday, the Dutch could be in trouble. (07.07.2010)