Scared you might have HIV? In the past, you had to wait 12 weeks in Germany before getting an answer. Now, the wait has been reduced to six - which will further reduce infections. Other countries are faster. 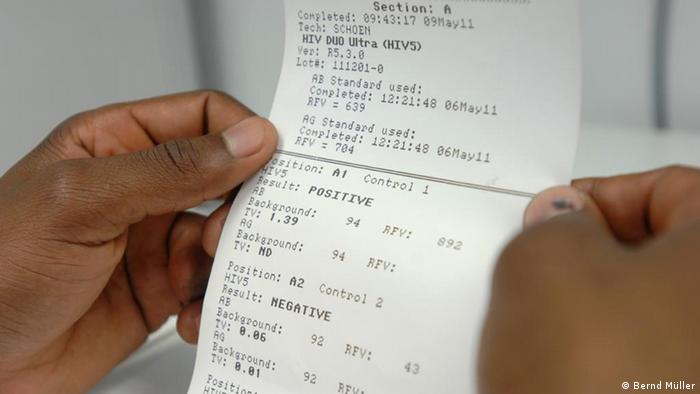 HIV tests are more sensitive today than they used to be.

They can detect smaller amounts of substances in the blood. Even if a potential HIV infection occurred just six weeks ago, doctors can now tell for sure if you are HIV positive or negative.

German virologists and physicians decided to make that official now: If the test is negative after six weeks, doctors may now rule out an HIV infection. Previously, a patient had to wait at least three months to be absolutely sure he or she was not infected.

"People were in agony," says Holger Wicht of the organization Deutsche AIDS-Hilfe ("German AIDS support"). "Moreover, some of them pushed the risk aside during these three months. In the end they 'forgot' about it, and convinced themselves that they had surely gotten lucky - without getting any further testing," he told DW.

Experts estimate that 14,000 people in Germany are HIV positive without knowing it. Some have had the virus for years. They need medication but don't get it.

The sooner a test can be done, Wicht says, the better. 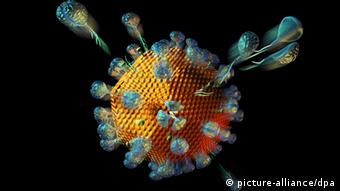 HIV multiplies inside the human body

HIV tests work by examining antibodies that the human body produces against the HIV virus.

The human body needs some time to recognize the virus and make a large - meaning detectable - amount of antibodies. That's why people have to wait before getting tested. Nowadays, tests can detect ever smaller amounts of antibodies, so testing can be done sooner.

Modern HIV tests - tests of the 4th generation, as Wicht calls them - have one further feature: They can also identify the HIV virus by detecting a protein that is part of the viral envelope, the p24 antigen. It multiplies, together with the HIV virus, inside the human body.

UK is even quicker

In theory, four weeks would suffice to clear or confirm a case of HIV. And that is what UK virologists decided to do, declaring the HIV test to be "fully secure" after four weeks.

Why the difference? German virologists and medical experts, Wicht says, have decided that "some more buffer time is needed." Humans have different immune systems, and there are different types and subtypes of the HIV virus.

"The Germans want to play it safe."

That is consistent with European guidelines which recommend a waiting period of six weeks.

Not any test will do 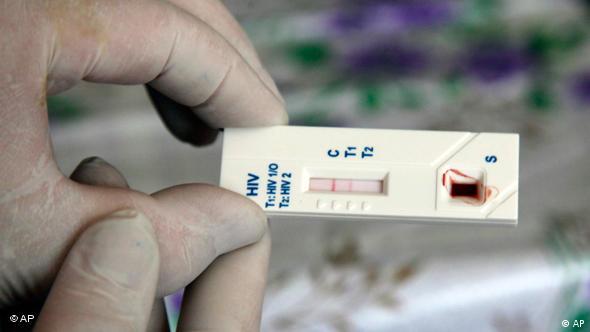 There are some exemptions to the new rule, though.

First, only modern, proper laboratory testing is good enough to exclude an HIV infection after no more than six weeks.

"Rapid tests, though, are not sensitive enough," Wicht says, referring to the rapid HIV tests commonly used by aid organizations and medical facilities to help drug users. These tests have their results ready in less than an hour. Since they do not detect antigens, they are less sensitive and require 12 weeks between possible infection and testing.

Second, the new six-week rule is not true for all HIV types and subtypes.

HIV-1 is the most common - and pathogenic - strain of the virus worldwide. It produces the antigene p24.

HIV-2, though, carries another protein, p27. It can only be detected indirectly, via antibodies produced by the body.

If you get infected with HIV-2, an HIV test might still be negative after six weeks.

According to the "German AIDS support" organization, only 0.3 percent of all HIV positive people in Germany are infected with HIV-2.

A new smartphone-based HIV test promises results in 15 minutes from a small finger-prick. Its developers hope it can help in the fight against AIDS in underdeveloped countries, where standard testing can be impractical. (15.02.2015)

At an AIDS conference in Washington, delegates are looking at ways to combat HIV and AIDS. A mobile laboratory in rural South Africa is helping to fight the disease by giving people the chance to know their status. (23.07.2012)