After seeing stocks of unsold food, a farm manager in Northern California has started a social media venture that connects farmers with local consumers to stop food waste. 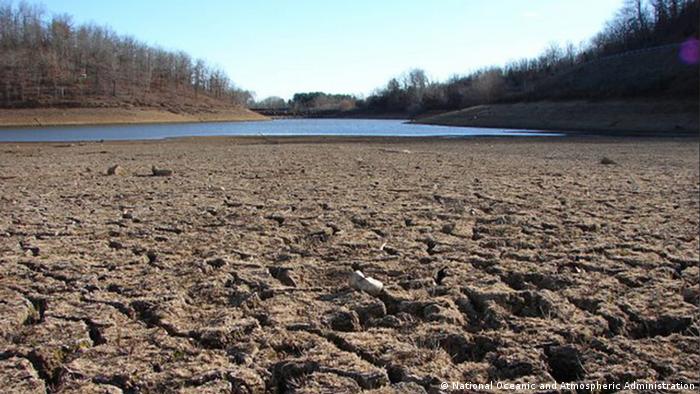 In western Sonoma County's coastal farm country, towering eucalyptus trees, grazing cattle and rows of vegetable crops dominate the landscape. It's a tough time here for large and small-scale farmers as the drought leeches their produce.

Bloomfield Organics, a 17-hectare farm near the hamlet of Valley Ford, began about a decade ago when organic produce was still a small, niche market. But one thing this farm - like most others - struggles to do, is get its produce to the market, despite being only an hour's drive from San Francisco.

"It's unacceptable to have a mindset that food should go to waste," said the farm owner's son-in-law Nick Papadopoulos. Farmers in Caifornia are struggling with record dorught

Six months ago the 38-year-old was hired as the farm's general manager after working as an efficiency consultant for some of the largest corporations in the world.

He said he was shocked to learn how inefficient farming is, after seeing stacked boxes of unsold fruits and vegetables that were destined for the compost heap or chicken coop.

"It hit me across the head like a 2-by-4. And for the first time I had noticed that it was a reoccurring pattern for our farm," he said.

This spring researchers from the University of California, Davis reported that it could cost the agricultural industry as much as $1.7 billion US dollars as the drought comes up to through its third year. Farmers often simply can't sell their produce before it spoils or it doesn't meet stringent aesthetic standards set by supermarkets.

But Papadopoulos had an idea: to distribute to consumers the food that would otherwise be thrown out. The answer, he reasoned, lay in social media. "I decided to launch a series of social media experiments," he recalls.

"I wrote a short note to our online community and I said: 'Hey team, we've got all this wonderful, saleable food. It's a loss for us for various reasons and it's a loss for you - the community.'"

Within hours people responded online. The food which would have been wasted quickly found a home, and the farm was able to recover some of its costs. 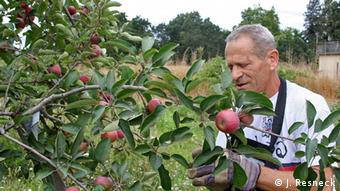 Soon after, the website CropMobster instantly became an efficient way for farmers and the community to reduce food waste.

"Any farm, any grocer anyone can post an alert on CropMobster. And what happens is when that alert is refined to tell the story not just about the commodity but a little bit about the struggle in that particular situation or actual emergency, it goes out in real-time in email and different social media channels," he said.

Last month, at a nearby orchard, fellow farmer Don Rosenberg found himself with a similar problem: boxes and boxes of ripening apricots with nowhere to go. So he posted an alert on CropMobster with a plea for people to take the fruit before it spoiled.

At first he was skeptical but said he saw instant results: "Everybody that came, except for one person, left with a box of apricots."

Back at Bloomfield Organics, the farm's owner Michael Collins welcoms the social media platform which has saved hi money. He said more and more fellow farmers are also getting enthused about using CropMobster and predicts it'll continue to grow. 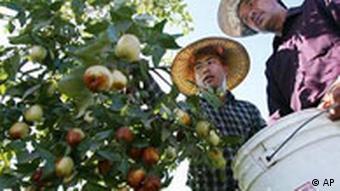 Collins might just be right. The problem of agricultural food waste is hardly an isolated problem. A report last September from the UN's Food and Agriculture Organization found that one-third of the world's food supply is wasted.

The environmental ramifications are huge. The US Environmental Protection Agency reported in 2010 that nearly a quarter of all methane - a greenhouse gas that contributes to climate change - is produced by uneaten food that's been dumped in landfills.

That led Papadopoulos to go from corporate efficiency consultant, to farm manager, to social media innovator, to food waste activist.

"One third of the global food supply doesn't get to people. Set that in the context of a growing population and about a billion people who are food insecure, to have that level of supply and that ferocious level of demand and yet the dots not being connected, that's a real crisis as well as an opportunity. "

CropMobster has seen about 400 alerts and around 1000 people sign up. It's still limited to the San Francisco Bay Area and runs largely on donations. But the site's operators are trying to figure out how to spread the platform more widely.

So far, CropMobster has managed to distribute nearly half a million kilograms of food, which has brought in close to a million dollars in revenue for small producers.

That's good news for small farmers and good news for consumers seeking affordable, nutritious food that would otherwise be wasted.

Hundreds of farmers in California face bankruptcy due to a lack of rainfall in recent months and stiff foreign competition. Large swaths of their farmland can't be used, and farm owners are criticizing the government. (18.02.2014)

Bee populations are in decline, forcing some farmers to pollinate crops by hand. DW spoke with Dave Goulson, a bumblebee specialist at the University of Sussex, about how to face this threat to the global food supply. (31.07.2014)

An oil spill off Gibraltar is currently raising environmental concerns. There are ways to limit the ecological impact.