Torch-wielding, right-wing nationalists gathered in Sofia for the so-called Lukov March in remembrance of Bulgarian general and Nazi sympathizer Hristo Lukov. Many of the demonstrators came from outside Bulgaria. 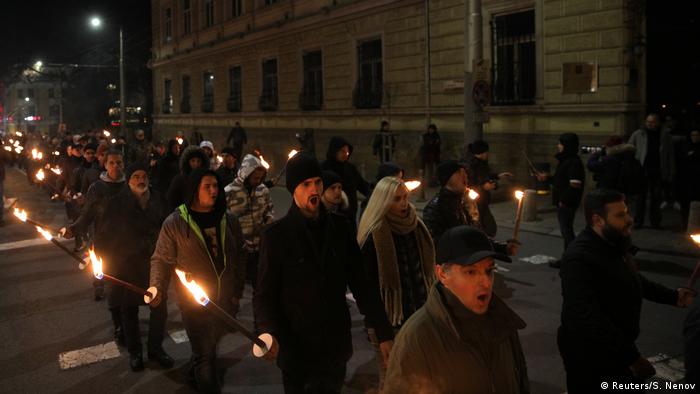 Some 2,000 right-wing extremists shouted slogans and carried torches through Bulgaria's capital, Sofia, in the annual march honoring general and politician Hristo Lukov. As Bulgaria sided with Germany in World War II, Lukov led the pro-Nazi Union of Bulgarian National Legions and fostered close links with the Nazi party in Germany. Lukov is also known for spearheading the introduction of anti-Semitic laws modeled after the 1935 Nuremberg Laws. He was assassinated by two Communist resistance fighters on February 13, 1943.

The Saturday march was organized by the nationalist Bulgarian National Union, whose representatives deny Lukov was an anti-Semite.

Zvezdomir Andonov, of the far-right party, said that the march's organizers' goal is "the salvation of the Bulgarian people" from the social and economic crisis. 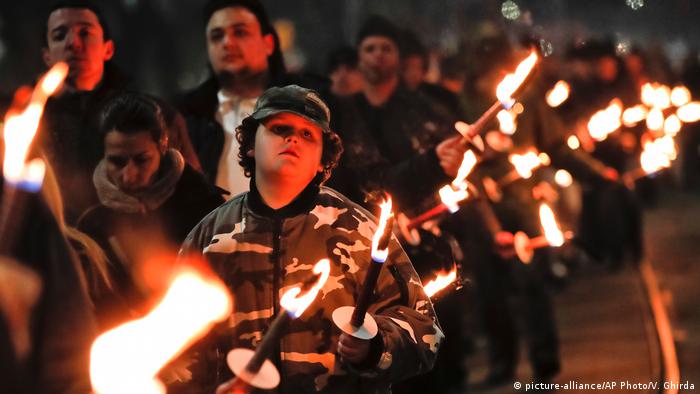 "It is absolutely abhorrent that in 2019 in Europe, the very place in which the Nazis attempted to wipe out the entire population of Jewish men, women, and children, far-rightists continue to parade unfettered through the streets with swastikas, SS symbols, and messages of hatred for Jews and other minorities," Robert Singer of the World Jewish Congress said.

Local authorities banned the event, but a court overturned the ban. A strong police presence was maintained along the route.

Far-right demonstrators from other European countries, including Germany, Sweden, and Hungary also turned up for the march. Protesters chanted far anti-globalist and anti-EU slogans and called on their peers in other nations to join forces.

'No Nazis in the streets' counterdemonstration

Ahead of the far-right march, several hundred people staged a counter-protest under the slogan "No Nazis in the streets."

Participants said they wanted to show solidarity with victims of extreme nationalism, including refugees, migrants, Sintia and Roma and Jews.

"We urge governments across Europe to prioritize the introduction of administrative bans against such marches. This is not just a problem of the Jewish communities, but of European citizens and governments at large," the World Jewish Congress head Robert Singer said.

Police said no violence was reported at either of the marches.