For decades, George Whitman operated one of Paris' most cherished literary haunts: the Shakespeare and Company bookstore at 37 Rue de la Bucherie on the Left Bank. DW looks back at his captivating and dynamic life. 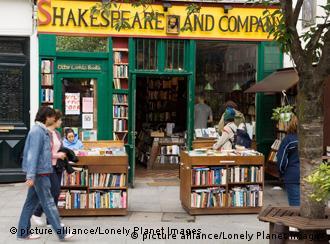 Whitman operated the Shakespeare and Company bookstore for decades

He built a literary world on the banks of the Seine near Notre Dame in Paris. American George Whitman passed away on Wednesday at 98 in his apartment above the Shakespeare and Company bookstore he founded in 1951.

The bookseller died peacefully in his home, according to a statement issued by Shakespeare and Company.

"George suffered a stroke two months ago, but showed incredible strength and determination up to the end, continuing to read every day in the company of his daughter, Sylvia, his friends and his cat and dog," it said.

Far more than a place to pick up books, Whitman's labor of love developed into an international meeting point for writers and journalists, from young unknowns to world-famous figures.

The bookstore's legendary reputation is perhaps best summed up by verses by William Butler Yeats, written on the walls of his open library: "Be not inhospitable to strangers / Lest they be angels in disguise."

Young writers headed to Paris to work and stay at Shakespeare and Company among the stacks, where Whitman set up beds to accommodate them. Some stayed for days, some for weeks or even months.

The location attracted the Beats in the 1950s, with Alan Ginsberg, William Burroughs and Lawrence Ferlinghetti, a lifelong friend of Whitman's, spending time there and absorbing the city. Henry Miller was another of the store's famous guests. 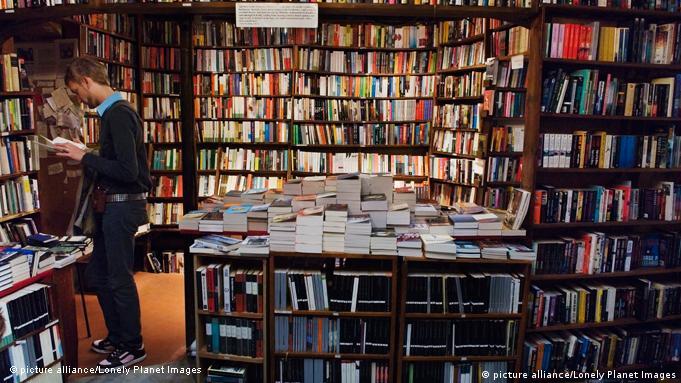 Heaped with books, the interior also included alcoves where writers could sleep

Whitman was 37 when he opened his bookstore in 1951, settling down after what had been a restless and captivating youth. Born on December 12, 1913, Whitman grew up in Salem, Massachusetts.

He graduated from Boston University in 1935 with a degree in journalism before embarking on a journey through Central and South America that saw him cover nearly 5,000 kilometers (3,100 miles) of ground. Out of money in Panama in 1938, he got a job with the Panama Canal Company before travelling to Hawaii and then San Francisco, where he worked as a cable car conductor.

Whitman got acquainted with Europe after enlisting in the military in 1941, serving as a medic in hospitals across the continent. He was later able to settle in Paris in 1948 thanks to the US GI Bill, taking up studies in French literature at the Sorbonne thereafter.

It was there that his second life as a bookseller began, where he became "an icon of the Latin Quarter" in which his bookstore was housed, according to John Kirby Abraham, a longtime friend and retired journalist.

"He was hospitable, he encouraged young journalists, poets and writers. He loved books, and he loved creative people," Abraham added.

In 2006, France made Whitman an officer in the Ordre des Arts et des Lettres, an association which recognizes significant contributions to the arts and their promotion.

He will be buried in Paris' Pere Lachaise cemetery, alongside literary greats like Oscar Wilde and Honore de Balzac.

Berlin loves to buck trends. While many readers are trading their paperbacks for tablets, independent booksellers are seeing a renaissance in Berlin - from niche shops to a book hawker who can read more than just texts. (15.12.2011)

Christa Wolf was one of the most important writers in post-war Germany, acclaimed in both the East and West. She passed away in Berlin at the age of 82. (01.12.2011)