Fake ′missing′ posters to combat radicalization | Germany | News and in-depth reporting from Berlin and beyond | DW | 28.08.2012 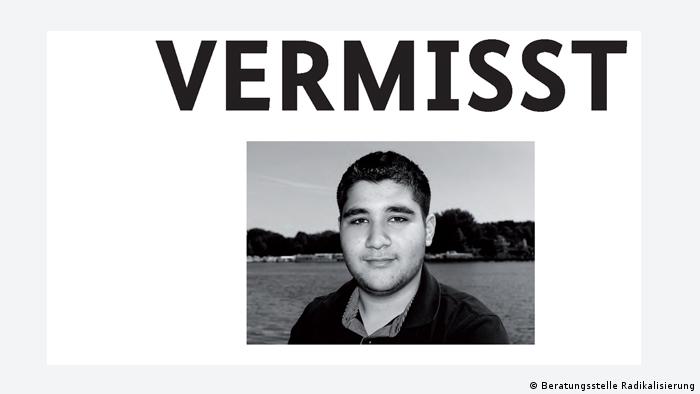 "Missing" - the word is written in large font above a portrait of a young man with dark hair. Beneath the headline it reads: "This is our son Ahmad. We miss him, because we don't recognize him anymore. He is withdrawing more and more, becoming more radical every day. We are afraid of losing him altogether - to religious fanatics and terrorist groups." Then there is the appeal to call the "Radicalization Advice Center." 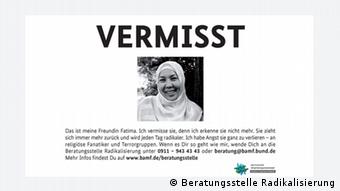 Hundreds of these posters will soon hang in German cities

This advice center was founded at the start of 2012 and is part of the initiative "Security Partnership - working together with Muslims for security," started by German Interior Minister Hans-Peter Friedrich "to counter the Islamist radicalization of young people." His ministry also started the ad campaign to promote the center's work.

The ministry's optimistic statement said, "The emotional representation makes clear the basis of the Security Partnership: countering radicalization and supporting those affected." The authority intends to hang the posters - in German, Arabic and Turkish - mainly in the immigrant districts of Berlin, Hamburg and Bonn.

But the target audience has not taken too kindly to the initiative. Bekir Yilmaz, president of the Turkish community organization in Berlin, was shocked. "This is a generalization. It's the assumption that all Muslims could be radicalized," he told Deutsche Welle. "In my opinion, this is a humiliation for the Muslims who live in Berlin and Germany." 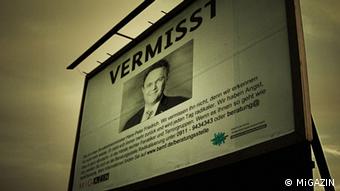 Birol Kocaman, editor of the online magazine MiGAZIN - Migration in Germany, has a similar view. "What's dangerous about the poster campaign is that the people pictured could be a work colleagues, a friend from the sports club, or the neighbor," he said. "They could be anyone who looks like a Muslim. They are all made subject to a general suspicion that they could be dangerous."

Yilmaz also makes another point: Turkish Muslims have long arrived in the mainstream of society - they pose no threat. But they are under threat themselves. "People of Turkish extraction have been victims of attacks - in Mölln, in Solingen, and through the far-right extremist murders by the NSU of the past few years," he said. "One should really ask the question, who should these notices really be directed at?" 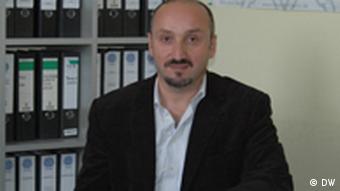 Bekir Yilmaz thinks the campaign is a mistake

MiGAZIN reacted with a satirical version of the poster, showing a picture of the interior minister himself, with the notice: "This is our Interior Minister Hans-Peter Friedrich. We don't miss him, because we don't recognize him anymore. He is withdrawing more and more, becoming more radical every day. We are afraid he will disappear altogether - into the hands of right-wing fanatics and terrorist groups."

But not all Muslims will react to the posters with humor, says Yilmaz. "It could well be that such campaigns lead to people just getting sick of having to prove every day that they're loyal to the German constitutional system."

Militant Islamist groups in Germany - how serious is the threat?

Don't be fooled - Integration in Germany is making progress

You wouldn't expect it in light of the resurgent German debate about the willingness of young Muslims to integrate into mainstream society, but integration in Germany is actually faring better than expected. (09.03.2012)