The German film franchise "Fack Ju Göhte" wants to trademark its name — but European courts won't allow it, saying the phrase can be taken as an insult. DW asked expert Emma Byrne about the impact of swear words. 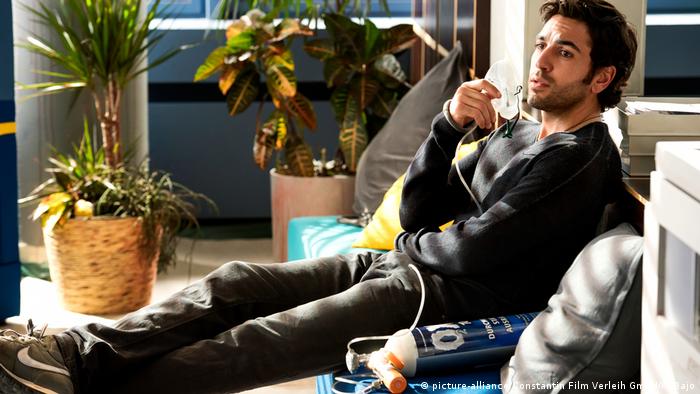 "Fack Ju Göhte" (known as "Suck Me Shakespeer" in English) is one of Germany's most successful film franchises in recent years. The trilogy, starring Elyas M'Barek (above) as an ex-con who becomes a teacher to a challenging group of kids, took in more than €200 million ($250 million) in box office receipts in German-speaking countries alone before being released in over 30 countries.

To protect the franchise, producers applied to the European Union Intellectual Property Office (EUIPO) for a trademark – and were denied, on grounds that the words could be seen as an insult. Constantin Film, the production company, appealed the decision in the European courts but on Wednesday, the decision of the EUIPO was upheld.

The reason? Although the title intentionally uses poor grammar and spelling, the understanding is that it's an English phrase that is obscene, and the curse is directed at a famous poet. The title of the work, wrote the judges in their decision, is considered vulgar, and unaware users could be shocked by its use if seen on everyday products without understanding the film's intention as a joke.

While the court's decision could again be appealed as the company seeks to protect naming rights, the decision brings up an interesting question for our globalized, multilingual world: what place do swear words have in foreign languages? DW spoke with author Emma Byrne, a researcher who has studied the science behind swearing and wrote "Swearing is Good for You: The Amazing Science of Bad Language." 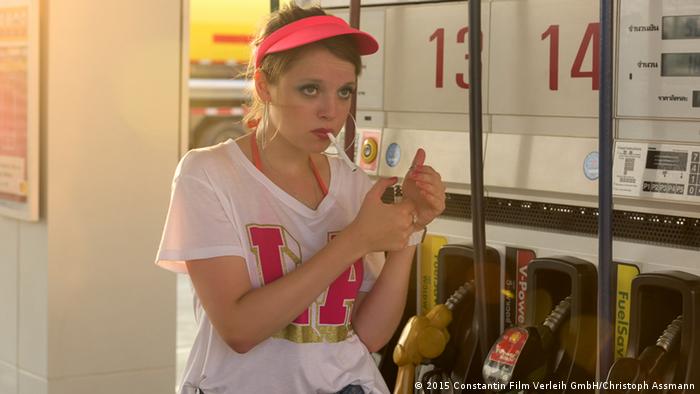 The film series follows a group of misfit students (including Jella Haase, above) and their teacher's attempts to educate them

DW: Let's talk about swear words and taboos. Why would a person whose native language is English be offended by the phrase, while a German speaker might think of it as something casual, and appropriate in a movie title?

Emma Byrne: Well, there is precedent. In Canada, for example, if you are operating a French-speaking radio station or broadcast station you can get away with using the word f*ck and you won't be fined. But if you're an English-speaking broadcaster, then the word is forbidden. The idea is that if it's a second language use of a swear word, it will never have the same emotional resonance as it does in a first language.

The reason for that is that neuroscientifically, we know there is a window that closes shortly after adolescence in which you learn the emotional impact of swear words and other emotive terms most forcefully. And so when you study speakers of second, third and fourth languages, those who learn the emotive terms in their youth or in their childhood will go on in adulthood to experience the same physiological responses to swearing as they do in their first language. But if you learn that swear word as an adult, you don't tend to end up with the same sort of sweaty palms and high heart rate whenever you hear swearing. Swearing in a second language is generally much milder, and has a much milder effect on the hearer.

There's also a shifting set of essentially just taboos and morals in different countries and different cultures. For example, even in British English, f*ck is considered much milder than it was even 20 years ago. That's indicated by how frequently it's used in broadcasting and how forcefully it's rated by people who hear it. And it's been replaced largely with words that relate to ethnicity or sexuality or gender. But those have become more powerful, and words like f*ck and sh*t have become not quite akin to damn yet but certainly much milder.

The two questions are whether or not it is generally too rude to have the word as it appears there — fack — or whether particularly in Germany it has that strength. Germany wouldn't be the only culture in the world that uses English swear words but experiences them as far milder than they are in the original English.

When the film was translated into English, the title became 'Suck Me Shakespeer', which seems to be an acknowledgement that the words have a particular meaning in English and perhaps aren't as forceful in German. The court, however, seems to be saying, 'You can say this as a joke but not everyone will understand it as a joke.' Can you speak more to this idea that one person might be offended by a word that another finds OK? Where does this subjectivity come from?

It depends on so many things — your age, gender, the culture that you grew up in. You internalize different taboos. In British English, blasphemy is hardly considered offensive any more unless you're in your 60s and older. At the same time, for people in their 60s and above, things like the N-word aren't anywhere near as offensive as people my age and younger consider them to be. So there is no universal standard of swearing; each and every person responds to swearing in a way that's entirely determined by their upbringing. 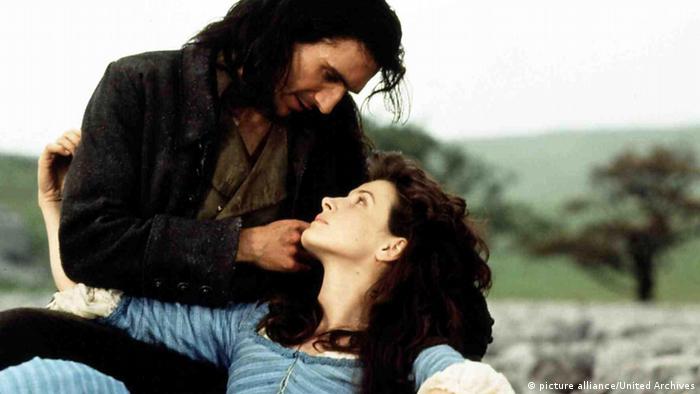 The characters in 'Wuthering Heights' may have cursed, but would they blush at our swear words today?

Does a word's emotional impact get watered down if we hear it more frequently?

Definitely, it has less of an impact. This particular word has been losing its potency — it's been downgraded in the list of dirty words in the societal attitude surveys, perceived as less offensive now than it used to be.

But there is quite often a cycle of a word being seen as more mild. Being used more regularly, it becomes less taboo and loses its emotional power, thus making it milder still. And that is definitely a process that happens with all kinds of words from blasphemy to those describing bodily functions.

From an artistic point of view, there is a long history in literature and in art of using language that is representative of the characters you're portraying. In British English, the classic novel "Wuthering Heights," written by Emily Bronte, was the first one to use foul words without any dashes or asterisks, without any censorship. That's because the author wanted to ensure that the people reading it would experience the emotional impact of the kind of language her characters would use.

To apply self-censorship as a writer, director or artist is to essentially do a disservice to the characters you're trying to portray, but it also does a disservice to the audience, because we know from neuroscience that you can't just substitute a similar sounding word for the real thing and expect it to have the exact same impact. It's only in hearing those real taboo words that we actually understand the speaker's emotional intent.

How diverse is the German film industry?

The Oscar nominations have sparked a debate on diversity in US film with #OscarsSoWhite. In Germany, actors with foreign backgrounds also complain they are often casted for very limited roles. (25.01.2016)