For over 30 years, Jean-Marie Le Pen has campaigned at the top of French politics. While labeled an anti-Semite and rascist by some, he still commands enough support to add a dark dimension to the presidential election. 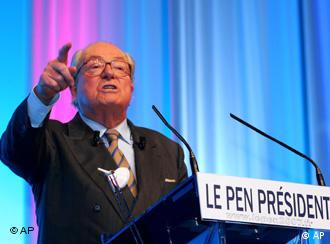 From the earliest steps on the campaign trail, the French presidential election has been viewed as a two-horse race. Despite the wily incumbent Jacques Chirac's mischievous ambiguity over whether he would run again and the emergence of rising centrist Francois Bayrou, the majority of bets have been split between Interior Minister Nicolas Sarkozy of the ruling conservative party or socialist challenger Segolene Royal taking over at the Elysee Palace.

But in the current campaign, as has been the case in the last four presidential elections, there is a dark horse stalking the main candidates. While Sarkozy's and Royal's people are busy putting out the fires from gaffes and scandals, a man who is no stranger to controversy in once again making a play for the top job in French politics.

Jean-Marie Le Pen is back.

The National Front leader recently launched the fifth presidential election bid of his long career with the hope that he can go one better than in the 2002 campaign when he made it to the second-round run-off. By becoming the one alternative to Chirac in that election, the first in which he made it that far, Le Pen shocked the French political establishment, sent tremors through Europe and ended the political career of Socialist Prime Minister Lionel Jospin on the way. It was the fear of seeing Le Pen in the Elysee which drove voters on left and right to re-elect Chirac by 82 percent. 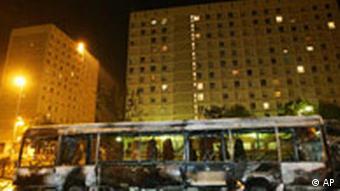 Le Pen plays on the fears of urban violence in France

Now it seems that after five more years of Chirac, France has forgotten that fear. Le Pen is in the mix again, and while his current campaign is less assured in the preliminary stages as it was in 2002, the far-right stalwart is beginning to work up a head of steam with a populist manifesto built on promises to end immigration, pull France out of NATO and slash taxes for the French only.

The fact that Le Pen is once again contesting the presidency is a testament to his tenacity. A street fighter in his youth -- he lost an eye in one scuffle -- and a former paratrooper and Foreign Legionnaire who saw active service in Indochina and Algeria, Le Pen is used to battles.

In some ways, he is the epitome of the political survivor. He is a man who has been convicted several times for remarks about Jews or the Holocaust, calling the Nazi gas chambers "a detail of history" and describing the German occupation of France as "relatively humane." He dismissed the attacks on the Twin Towers on September 11, 2001, as an "incident," and complained before the 1998 World Cup that the French soccer team was not white enough. And yet, despite his behavior and stance, Le Pen and his National Front party still enjoy widespread support. 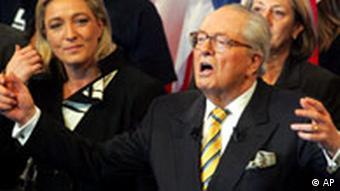 Only a third of French people find Le Pen unacceptable

Recent poll results published in the French newspaper Le Monde showed support for Le Pen at its highest levels in years, even better than in the run-up to the 2002 election where he polled 18.9 per cent, nearly 5.5 million voters. In 1997 nearly half of French people saw Le Pen's ideas as unacceptable; now only a third think so.

That a man with such extremist views can still compete at the top of French politics says much about the continued disillusionment with the political leadership within French society.

Le Pen rose to prominence in the early 1970's with a populist mix of anti-immigrant, pro-employment, and law-and-order promises. And in the 30 years or more since he founded the National Front, more immigrants have arrived in France, unemployment has become more of a problem and crime and unrest more prominent. Le Pen has continually revamped his core policies to play to the fears of what he calls "France's silent majority," the grassroots voters who struggle to be heard above the nation's "technocratic elite."

"Le Pen has enjoyed a shift in his voter base from urban to rural areas and from the young to elderly," Nonna Mayer, an expert on French far-right politics from the Research Center for Political Science in Paris, told DW-WORLD.DE. "He has succeeded in extending and diversifying his social base. This is one reason why he remains so relevant even in modern France." 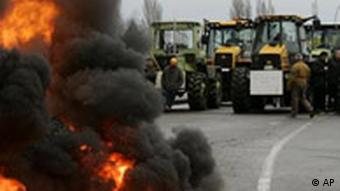 Just as in the 2002 election, Le Pen is campaigning on a strong anti-immigration platform, blaming the "invasion" of foreigners for France's rising unemployment, urban violence and what he calls "general impoverishment." He is also relying on the "humble workers" vote as he did five years ago, pandering to the discontent of blue-collar employees and farmers.

The state of France's agricultural sector has given Le Pen a new, powerful voting pool.

"Voting for the extreme right is developing in rural areas," says Mayer. "In 1988, voters in the large cities were most likely to vote for Le Pen. In 1995, his influence extended to middle-sized conurbations. In 2002, he was attracting voters in small towns of less than 2000 inhabitants."

Mayer believes that this shows that Le Pen has maintained his political longevity by pinpointing issues that effect the diverse sections of French society; urban crime for big city dwellers, loss of French identity through immigration for middle-class citizens, and loss of jobs and threat to industry for the working classes. How ever distasteful his approach, he is seen by many as being the only candidate to address the issues that matter to them.

Le Pen has also won support throughout his career due to the general disaffection the populace has with its leaders. Before the 2002 vote, 83 percent of voters polled said that "politicians do not care what people like us think" and 58 percent said that French politicians were "somewhat corrupt." 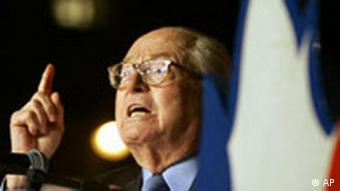 "The conditions were ideal for a protest vote in favor of Le Pen," Mayer said. "It was a protest vote because although they agree massively with his ideas on immigration and law-and-order, most voters don't want him to implement them. Only 41 percent of those who voted for Le Pen in 2002 actually wanted him to be elected."

Votes for Le Pen, it seems, are used as a wake-up call for France to deal with the real problems in the society. However, the need for him to continue to run shows that these calls are far from being heeded.

This year, it is still unclear whether Le Pen will even make it into the presidential election race. He is struggling to gain the backing of 500 elected officials needed to register formally by March 16. But if he does make into the first round, no one can rule out that his true supporters, and those registering another protest vote, can push the far-right leader into another run-off for the Elysee and cause another European political earthquake.

"Strong German Fascism Is Inconceivable Without a Führer"

Far-right expert Prof. Wolfgang Wippermann spoke to DW-WORLD.DE about Jean-Marie Le Pen and the possibility of such a leader and a movement like his National Front gaining similar prominence in Germany. (05.03.2007)

The French election campaign has focused closely on the leading candidates Ségolène Royal and Nicolas Sarkozy. But the "third man" François Bayrou could upset the first round of voting on April 22. (27.02.2007)