Extreme far-right on the defensive after Norway massacre | Europe | News and current affairs from around the continent | DW | 25.07.2011

Friday's massacre in Norway has placed a renewed focus on the far-right after the killer claimed to have links with extreme right-wing parties in Europe. The parties have quickly responded by condemning the attacks. 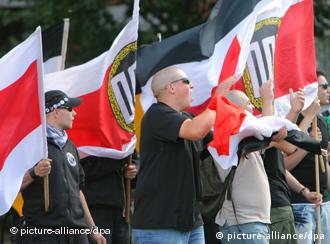 Far-right parties have made gains across Europe

The document, called "2083: A European Declaration of Independence," strongly condemns Norway's liberal policies and the spread of multiculturalism, saying it is leading to the "Islamization of Europe."

He claimed to have links with the English anti-Muslim party, the English Defense League, and referred directly to Geert Wilders Dutch Freedom Party, which props up the country's center-right coalition. Both parties were quick to distance themselves from Breivik's manifesto, however, and condemn the attacks.

"No form of terrorism can ever be justified, and the taking of innocent lives can never be justified," said a statement on the English Defense League website. "We are proud to stand strongly against all forms of extremism and we will continue to speak out against the biggest terrorist threat to our nation, Islamic extremism."

Manfred Rouhs, chairman of the German far-right party, the Pro Germany Citizens Movement, also refuted the notion that there were similarities between European right-wing parties and Breivik's ideology.

"Conservatives are for preservation, for adherence to certain rules, and Christians are driven by their love for their fellow human beings," Rouhs told Deutsche Welle. "The message of destruction and hate that Anders Breivik has brought into the world has nothing to do with Christian or conservative values."

Rise of the right

Nevertheless, commentators have questioned whether the attack is a sign that extreme-right wing ideology is taking hold in Europe. 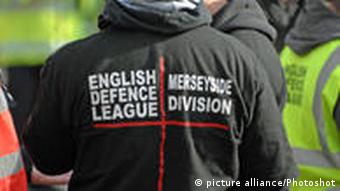 "One thing we have seen over the past two decades across Europe has been rising support for far-right political parties," said Matthew Goodwin, an expert on far-right politics at the University of Nottingham.

In 2010, the anti-immigration Sweden Democrats party won its first seats in parliament, and the Freedom Party in the Netherlands became the third-largest party in the country.

Matthew Goodwin warned that among the growing support network for far-right parties is a minority of extremists who are likely to share Breivik's ideology.

"Within this movement, this very broad subculture, I think it's fair to say that there are inevitably within each country a handful of would-be Breiviks, guys who are prepared to undertake violence," Goodwin said.

In spite of this, Goodwin asserted that no direct associations should be made between extreme right-wing groups and acts of violence in the wake of the attacks in Norway.

"Europe is not about to implode in violence because of copycat attacks," he said, adding that such claims were "alarmist."

But as far-right parties increasingly enter mainstream politics, Goodwin is among a series of experts who have called for a frank debate about immigration policy to address the concerns of far-right voters and prevent acts of violence in the future.

"I think there is a big question here about how governments and policy makers can begin to address some of the underlying anxieties within that wider pool of potential support," he said.

The protection of young people is a top priority in Germany. But as neo-Nazis increasingly use the Internet to appeal to young people, youth protection agencies are demanding action. (22.07.2011)

In the wake of the Norway terror attacks, authorities are looking at possible German targets highlighted in the suspect's so-called 'manifesto.' German politicians are also reconsidering their stance on data retention. (25.07.2011)