Explaining the Physics of James Bond | News and current affairs from Germany and around the world | DW | 09.12.2006

Explaining the Physics of James Bond

Physics professor Metin Tolan was not only entertained when he watched the James Bond classic "Goldeneye" over 10 years ago. A new hobby was born -- the scientific analysis of Bond movies. 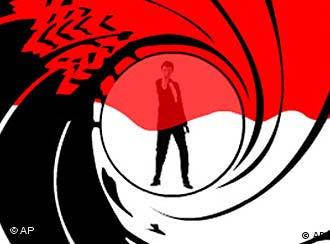 James Bond should have died a million deaths by now

Tolan was riveted as he watched agent 007 on a motorcycle chasing a small aircraft without a driver. When both vehicles plummeted off a cliff and Bond jumped into the plane's cockpit, the science lecturer wondered if such a stunt was actually possible. It took him two days until he found the answer.

"James Bond would have had to have been 14-times more streamlined than the plane -- this is actually impossible," he concluded

Ever since, the 41-year-old professor at Dortmund University has spent his free moments analyzing the technical stunts and feats from Bond classics. He has already held 50 lectures on the subject nationwide and says he has seen each film at least five times.

The professor likes to incorporate his Bond analyses into his lectures -- apparently, his students pay more attention when he goes into the ins-and-outs of various technical aspects that they know from the movies. 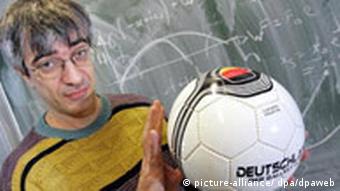 Metin Tolan has also explained the physics of soccer

Some of his students even honored him with a 007 poster in which his face replaced Bond. But he's not really a James Bond type of character, he said. "I'm more the worried kind."

Take the x-ray glasses Bond uses to see through people's clothing in "The World Is Not Enough." According to Tolan, the glasses would only work by x-raying people with a life-threatening dose on a permanent basis. Furthermore, Bond would need a pair of glasses that transformed x-rays into light.

The professor also recalled the flying derby that Oddjob, Goldfinger's bodyguard, wore and used as a lethal weapon to remove opponents from his path. Tolan reckoned the hat must have had an iron brim for it to be able to kill someone.

Crane stunt would have ripped out arms 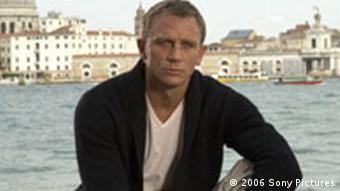 In one scene, Bond attempts to jump from one crane to another. Just as he is about to catapult to a certain death, he manages to grab hold of the second crane. He hangs on for a while before hoisting himself up to safety, and the audience breathes a sigh of relief. In real life, said Tolan, Bond's arms would have been ripped from their sockets by such an exploit.

Asked why the sleek English spy only shakes his vodka martinis, the professor answered with a wink. Apparently, when the cocktails are shaken the large molecules that determine taste come to the top and the small alcohol molecules sink to the bottom. Bond only ever has one big sip that is very intensive in flavor.

Tolan's assumption may not be strictly scientific, but the Bond fan figured it was at least plausible.

After all, James Bond is a man who knows how to enjoy life.

German actor Clemens Schick follows in a long tradition of German Bond foes. But unlike his predecessors, he's no longer 007's main enemy. (25.11.2006)

Neither Shaken nor Stirred: 007 Gets Plastinated

When 007 is in trouble, it's often a gadget, be it x-ray glasses or a sonic ring that shatters glass, that saves the day. He wouldn't feel out of place at a current trade fair featuring the latest in security technology. (13.10.2006)