Experts differ on whether sanctions are a curse or cure for Myanmar | Asia | An in-depth look at news from across the continent | DW | 09.03.2011

For the past 20 years, Western countries have imposed sanctions on Myanmar (Burma). In its latest report, the International Crisis Group calls for them to be lifted but other NGOs doubt this is the key to change. 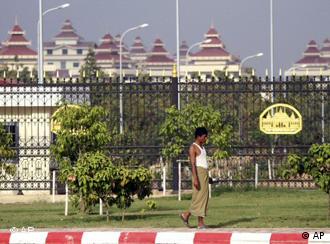 Richard Horsey, a co-writer of the the think tank's latest report on Myanmar, which is also known as Burma, believes there should be a new approach to Myanmar's generals.

"If the world reacts to them in exactly the same way it has reacted to their predecessors they will have no reason to think they should change their policies," he said. 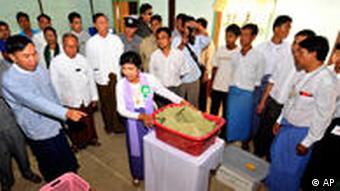 Critics saw the first elections in 20 years as a sham

He added that now was the moment to push the new leaders in a new direction and to convince them that the West will also react differently if they introduce more political and economic reforms.

"Right now, the West's policies are saying 'whatever you do, the reaction will be the same," he said. "And that’s not the way to promote change."

Horsey argues that the sanctions, which were originally introduced to improve human rights in Myanmar, have failed to achieve this goal.

The sanctions include a ban on arms exports, as well as imports of gems, timber and metals from the country. Visa restrictions also apply to senior generals.

Moreover, he says their effectiveness has declined and more and more ordinary people are being adversely affected.

After such a long period, the sanctions have become more of an obstacle than a tool for progress, he thinks, comparing Myanmar's situation to Cuba's. 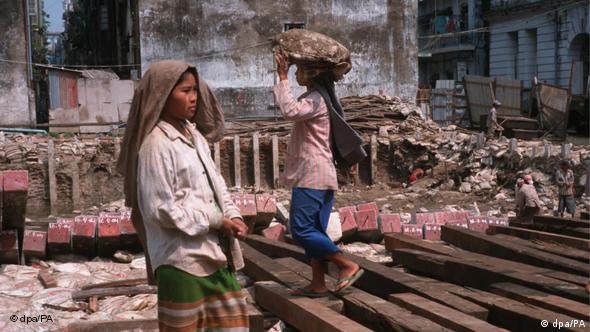 Moreover, the policy of isolation and sanctions by the West had created "a context where people do not want to invest." 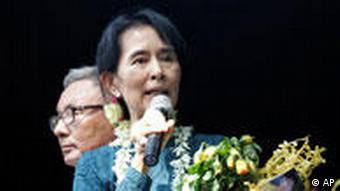 However, Marc Farmaner, the director of the London-based NGO Burma Campaign UK, disagrees. He points out that the sanctions do not prevent investment in areas such as agriculture, which is what most people in Myanmar live off.

He says that the corrupt and unstable environment in the country is behind the lack of investment, as well as the fact that the generals are not interested in the welfare of ordinary people.

He thinks the ICG is barking up the wrong tree. "It has argued against sanctions for many years, grasping at any straw to try and justify any sort of political change in Burma as an excuse to lift them and arguing that they haven’t worked," he said.

"We don’t believe that lifting sanctions can bring any positive improvement for the people of Burma or for the political situation," he insisted.

Farmaner points out that the political reforms are nothing substantial, stressing the fact that Myanmar remains a dictatorship. He adds that the military regime would have to release thousands of political prisoners if it were really committed to change. 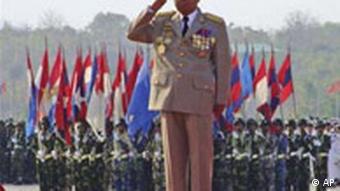 He also does not think the Burmese would accept a lifting of sanctions. "They’re thinking 'We were here nearly 40 years ago and we knew it was a sham then and we know it is a sham now. These generals are not going to willingly hand over power.'"

Farmaner is convinced that by doing business with the generals, the international community does not encourage them to introduce reform. "They need more pressure to change, not less."

"If the generals think the international community is losing interest in Burma, and the pressure is relaxing, the human rights abuses will increase," Farmaner said. He added that this could increase the danger to opposition leader Aung San Suu Kyi.

Suu Kyi and her NLD party have sought talks with the international community to see how sanctions, which are seen as their only bargaining chip with the regime, can be modified (but not lifted) to support democratic reform and improved human rights.

Last week, Myanmar state media demanded that Suu Kyi and her party apologize for opposing the dropping of Western sanctions. It was the first explicit criticism against Suu Kyi since she was released from seven years of house arrest last year.

Marc Farmaners argues for alternative measures. He says that the generals' bank accounts should be frozen. He also suggests using targeted sanctions as leverage to encourage change - this approach is also favored by Suu Kyi.

For Horsey, sanctions can only be effective if imposed internationally, such as by a UN Security Council resolution. A US attempt to impose such sanctions was vetoed by Russia and China in 2007.

The international debate about Myanmar and sanctions is set to continue. But all sides, except the generals, seem to agree that further political reform is necessary as well as more spending on education and health.

The National League for Democracy (NLD) has said that it wants talks with Western countries concerning their sanctions against Myanmar (Burma). It wants the embargoes to encourage democracy and human rights. (08.02.2011)

Parliament has elected the former prime minister and ex-general Thein Sein. Analysts say the key figure is the senior general in the former military junta, Than Shwe, who remains highly influential behind the scenes. (04.02.2011)

ASEAN foreign ministers have called for sanctions against Myanmar to be lifted, given the junta's steps towards political reform. The call comes as parliament is due to meet for its first session on January 31. (28.01.2011)