Expert: ″Excluding Hamas is a Recipe for More Violence″ | Germany| News and in-depth reporting from Berlin and beyond | DW | 07.01.2009

Helga Baumgarten, Professor of Political Science at Birzeit University in East Jerusalem, says Israel is basically shooting itself in the foot by invading Gaza. She explained her logic in an interview with DW-Radio. 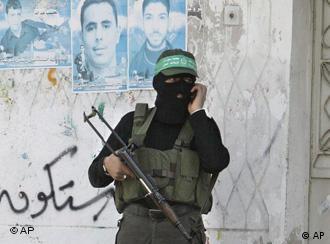 Hamas must be engaged, says Professor Baumgarten, if peace is to be achieved

Baumgarten has been living in East Jerusalem since 1993. She heads the democracy and human rights program at Birzeit University, a Palestinian Arab institution. She has written extensively about the Palestinian national movement.

While the European Union, the US and other countries list Hamas as a terrorist organization as the group continues to deny Israel's right to exist and propagates Israel's destruction, Baumgarten sees things differently, as she points out in this interview with DW-RADIO.

DW: What kind of an organization is Hamas? What aims does it have?

Helga Baumgarten: I think they're basically a religious-nationalist movement, which over the years has transformed itself into a solid political party with a tremendous basis within the Palestinian population. Its aim is to end the Israeli occupation of the Palestinian territories. At the same time there's a military component focused on the armed resistance to that occupation.

You write of Hamas having a "tunnel policy." What do you mean by that?

This has to be seen in terms of the enclosure of the Gaza strip both by the [economic] boycott imposed by the Quartet in 2006 and directly by the Israeli occupation, which has practically allowed no traffic whatsoever in and out of Gaza. This means that both economically and on the human level Gaza is completely cut off. In order to get necessities, food and so on, in order to keep the one-and-a-half million people supplied with what they need for survival, Hamas and people living near the Egyptian border have dug tunnels into Egypt. In the last one-and-a-half years, Hamas has taken over these tunnels and taxed the goods passing through them. And if we believe Israel, Hamas has been able to use them to get weapons into Gaza.

The Israeli government says the offensive into Gaza Strip is intended to stop the rocket attacks by Hamas. But could the incursion actually increase support for Hamas among the Palestinian population? 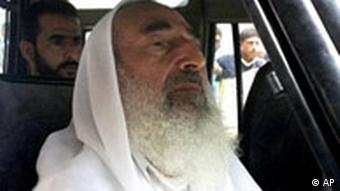 Hamas was founded in 1987 by the late Sheik Ahmed Yassin

Hamas's rationale is clearly defensive and not, as is argued in Israel, offensive. If we go back the last period of calm, the ceasefire between Israel and Hamas from June to December 2008, the deal was that Hamas would keep the peace in return for the opening of border crossings on the part of Israel. Israel never opened the borders. And what's more, in beginning of November, it was Israel that broke this period of calm by staging a military attack inside Gaza and killing Hamas militants. Hamas answered with a whole barrage of rockets into Israel. And since then Israel didn't allow anyone in or out of Gaza. The closure was absolutely complete.

It was against this background that Hamas decided not to renew the period of calm -- with the understanding that, as soon as Israel opens the border crossings, calm can return. So what we have now is a terrible amount of violence with a tremendous human cost, while rockets continue to hit Israel and support for Hamas grows, not just in Gaza but in the West Bank and East Jerusalem. The military approach does not lead to progress. Instead, the political approach, talking to Hamas, is the only one that can lead to peace between a state of Palestine and the state of Israel.

Do you think Israel could ever destroy the Hamas leadership?

We know from historical example that a standing army like Israel's has hardly ever been able to destroy a movement of national liberation as long as an occupation is going on. History has shown us again and again that when a people rises up, led by a national-religious party like Hamas, the occupation power has not been able to destroy it. If we look to the north and the example of Hezbollah…when Israel occupied southern Lebanon in 1982, there was no Hezbollah. Now it's the biggest political party in Lebanon.

Let's talk about Fatah. What are the ideological differences between Hamas and Fatah? Will the two Palestinian parties ever be able to work together again? 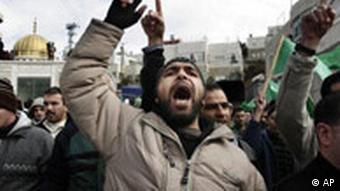 The ideological differences are actually minimal. Both are for ending the occupation and liberating Palestine and both reached the conclusion that the only way to establish a Palestinian state is to reach a ceasefire with Israel. For Fatah, religion is implicit. Fatah supporters are not secular, as is often wrongly argued, but religion is implicit and not used directly in their ideology. For Hamas, religion is the main mobilizing element. The two parties have split in recent years over the [1993] Oslo accords because Hamas argued it would not lead to what Fatah expected -- the establishment of a Palestinian state. And under Mahmoud Abbas, after the death of Yasser Arafat, Fatah has gone in a much more moderate direction, and some Palestinians would argue that they have sold out to the Israelis. Fatah has pursued a strategy of negotiations, which, unfortunately from their perspective, has had no success on the ground.

Also in the parliamentary elections of 2006, Hamas clearly defeated Fatah, which was something an authoritarian party like Fatah had a hard time accepting. Since then the conflict has risen to a previously unimaginable degree. However, if we go back to the situation on the ground now in Gaza, Fatah militants are again fighting alongside Hamas militants against the Israeli oppression. The situation among the [Fatah] leadership in the West Bank is quite different, although we can observe a kind of opening. Mahmoud Abbas is once again stressing the need to establish national unity. That reflects the demands of the population and Fatah supporters in the West Bank.

So you think the Israeli offensive could in fact unite the divided groups within the Palestinian territories? 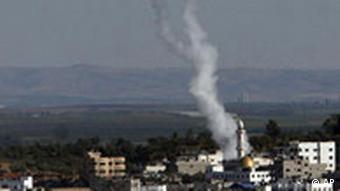 That's at least what we're seeing on the ground in Gaza. And it can also be observed in the West Bank. The big question is now: How quickly can a ceasefire be reached? We hope it's sooner rather than later in the interests of the population of the Gaza Strip. The second question is: What will be the precise conditions of a ceasefire? That involves Israel, the Palestinians, Egypt and possibly Europe and the United States. And the question here is: How will Hamas be integrated? If Hamas is integrated, I think a political solution can be reached rather quickly, and Palestinian national unity can be achieved. However, if Hamas is excluded, it's recipe for more violence, and we won't achieve any political solution either in the short or long term.

The Egyptian and French presidents have tabled a ceasefire proposal to end the ongoing Israeli offensive on the Palestinian militant group Hamas in Gaza. The UN Security Council was to continue its debate Wednesday. (07.01.2009)

The hostilities between Israel and the Palestinian group Hamas are having repercussions for European Muslims and Jews. Countries throughout the continent are reporting an increase of anti-Jewish acts. (06.01.2009)

An Israeli strike on a UN school killed at least 46 Palestinian civilians Tuesday, in the deadliest single incident since Israel launched its Gaza offensive, and one which is likely to increase pressure over a ceasefire. (06.01.2009)