A Finnish court has sentenced an ex-chief of narcotics in Helsinki for his involvement in a drug ring. The officer, Jari Aarnio, used his post to protect drug dealers in a massive hash import ploy. 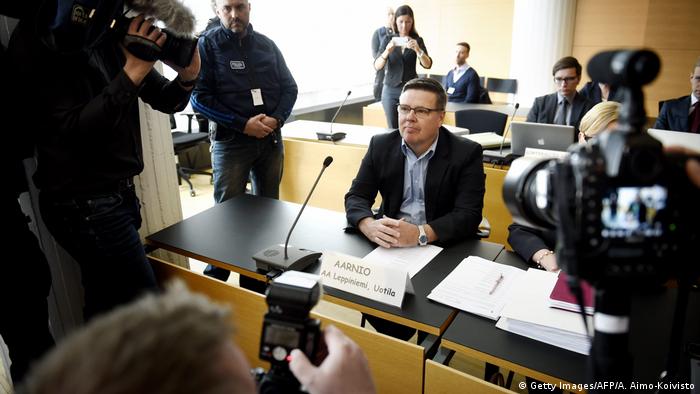 It has been a year since Germany's anti-doping law came into force. Under the law, athletes who test positive for performance-enhancing drugs can face prison terms of up to three years. (15.12.2016)

Tales of first experiences on drugs

What’s it like to be on drugs for the first time? One man felt uncontrollable terror; another had a conversation with his five-year-old self. Here’s a few hugely different accounts. (03.11.2014)

The judges sentenced Aarnio to 10 years for drug smuggling and other charges, including interfering with the investigation and tampering with evidence, Finnish public broadcaster Yle reported on Thursday.

According to the prosecutors, Aarnio played a key role in helping a gang smuggle some 800 kilograms (1,750 pounds) of hashish from the Netherlands into Finland in 2011 and 2012. He reportedly threatened a suspect, worked to prevent his colleagues from investigating the case, and tried to protect the smugglers' identities.

A local crime boss was also given 10 years in the same case.

The 59-year-old Aarnio "recklessly" abused his position and endangered the public's trust in the police, the court said on Thursday.

The ex-police officer has built a 30-year career on fighting illegal drugs, eventually reaching the top post in Helsinki's narcotics squad. He was found guilty of fraud and corruption on separate charges in 2013 relating to his share in a company that sold surveillance equipment to the police.

Aarnio had rejected all charges against him.

The rare corruption case has drawn widespread attention in the Nordic country. According to Transparency International, Finland boasts the second least corrupt public sector in the world, behind Denmark.