′Every eleventh car accident death′ due to alcohol | Germany | News and in-depth reporting from Berlin and beyond | DW | 26.03.2014

'Every eleventh car accident death' due to alcohol

"Don't even think about that glass of beer." German parliamentarian Stephan Kühn tells DW why Germany's alcohol threshold for driving should drop to zero - and that he's got science and the German public behind him. 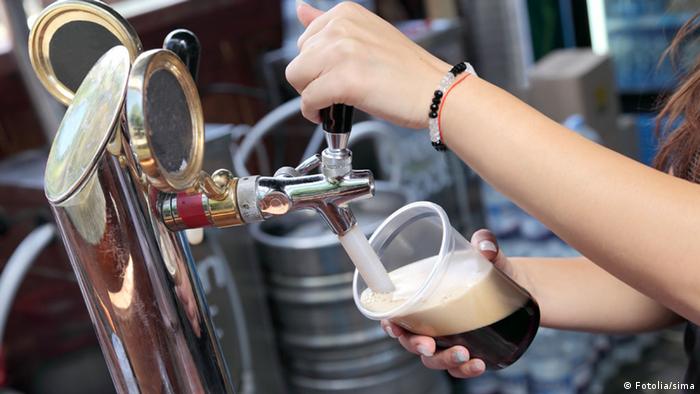 Stephan Kühn: There's a declared political objective, which was backed by the National Road Safety Program, that we aim to halve the number of accidents and the number of injuries - and deaths in particular - by 2020. Driving under the influence of alcohol is one of the most common causes of accidents. Every eleventh car accident death in Germany is due to alcohol.

For novices [German drivers under age 21], a blood alcohol content of zero applies, and the number of accidents as well as the number of injuries declined significantly. And we want to extend that to all road users.

You speak of "clear social acceptance" for such a limit. Who's supporting it?

I know of several studies co-sponsored by the "German Traffic Safety Council" among others, which resulted in 60 percent of those surveyed - and that was a representative survey - feeling that there should be a general prohibition of alcohol for driving a car.

Currently, the limit's at 0.5 percent. Does each German state have to abide by that? 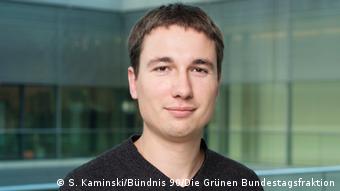 If you make it 0.0 percent, you're really talking about 0.19 percent, since that's the level at which alcohol is first detectable. And at 0.2 percent, the alcohol's effect isn't measurable. That means that the legal structure is then somewhat more complicated, but in principle it means: Don't drink alcohol. But that still means you can drink cough syrup or eat schnapps pralines and be allowed to drive a car - it's about the actual drinking of alcohol.

Traffic experts from the Social Democratic Party (SDP) and the Left have spoken out in support of a no-tolerance approach. Does a more restrictive driving limit have universal political support in Germany.

There's nothing about it in the coalition agreement. It's relatively obvious that, between the coalition parties - meaning the CDU/CSU [center-right union] and SPD - there are disagreements.

In the German parliament, it seems to me that the CDU/CSU union has been against it. My goal is to present a bill to the relevant committee - to initiate a hearing - so that experts can present their views to politicians.

The accident statistics are very clear - the general alcohol ban for novice drivers is very clear. The scientific advisory council to the Department of Transportation, the "German Traffic Safety Council," the "German Transport Watch" - they've all been promoting this for years.

Stephan Kühn is a Green Party parliamentarian from the state of Saxony and is his party's spokesman on issues of transportation.

Mobile devices are highly productive tools in today’s corporate world, but they can also be challenging to employees trying to escape work after work. Numerous companies are no longer forwarding e-mail at night. (20.02.2014)

Germany's ADAC automotive club falsified the data of an annual survey for a members' choice award. A senior official has resigned and there are even calls to break up the club. (20.01.2014)

German Department of Transportation (in German)