At the end of 2012, Germany's export machine began to sputter, slowed by weaker demand from crisis-hit eurozone countries. But despite a drop in November, goods shipments abroad still appear headed for a record year. 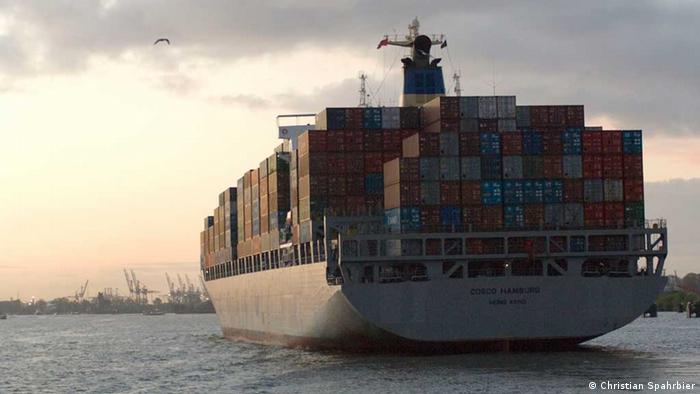 German exports had reached a monthly total of 94 billion euros ($123 billion) in November - down 3.4 percent, or about 4 billion euros, from the previous month of October, the German Federal Statistics Office, Destatis said, as it released the latest available figures Tuesday.

A 5.6 percent rise in demand for German goods and services in countries outside the European Union hadn't been able to offset a drop by 5.7 percent from the 27-nation bloc, notably from debt-laden eurozone countries, Destatis said.

Compared with November 2011, the volume of exports remained unchanged. However, robust growth in the first ten months of 2012 powered exports beyond the one-trillion-euro mark already in November - a month earlier than in the previous year - and set the annual total well on track for a record high in 2012.

In terms of imports, Germans also bought 3.7 percent fewer goods and services from abroad in November. This resulted in a widening trade surplus for Germany, which rose to 17 billion euros from 15.7 billion euros in October.