The Czech parliament narrowly re-elected Vaclav Klaus, a right-wing Euroskeptic as the country's president on Friday, Feb 15, averting a political crisis and ending a bitter campaign. 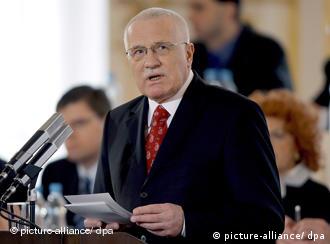 Narrowly defeating a strong challenge from Czech-American economist Jan Svejnar, Vaclav Klaus secured a second five-year term as president of the central European country after three rounds of voting in the Czech parliament.

Klaus, 66, who is considered the architect of Czech post-communist reforms and replaced former dissident playwright Vaclav Havel as president in 2003, called for an end to an ugly election campaign marked by accusations of foul play and feverish horse-trading. Some lawmakers even received bullets in the post.

"The division of our political scene must not become a brake on our way forward," Klaus said after the vote. "I will be the president of all citizens."

Klaus was nominated by the rightwing Civic Democrat Party (ODS), which he founded, and which has been led since 2002 by Mirek Topolanek, the Czech prime minister. Klaus' failure to get re-elected would have threatened Topolanek's position. 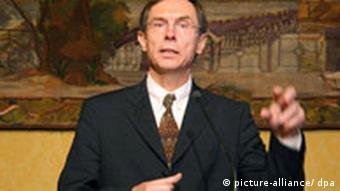 Jan Svejnar, an economist, is a newcomer to Czech politics

Svejnar, 55, said he had no regrets after a fiercely fought contest in which he portrayed himself as candidate of "change."

"Even if I was not elected, it was not for nothing," Svejnar said.

An economics graduate and a political veteran, Klaus was prime minister from 1992 to 1997 and parliamentary speaker from 1998 to 2002.

He remains known for his conservative credentials, emphasizing the importance of traditional values during the campaign.

"If you do not want to respect our thousands of year old civilization, its Christian values and emphasis on the traditional family and respect for each individual life, do not vote for me," he had said.

A fierce Euroskeptic who is opposed to any transfer of powers from nation states to the EU, Klaus has also stirred controversy by challenging the dangers of global warming.

However, European Commission President Jose Manuel Barroso was swift to congratulate Klaus on his victory.

"I hope for your commitment to our joint effort in preserving the European values and tackling the challenges Europe faces today," Barroso said in a message to him.

The Czech Republic takes over the bloc's rotating EU presidency in the first half of 2009.

Despite all the EU trappings which give the Czech Republic the impression of a fully-integrated member state, the old divisions from the country's early post-communist days still remain engrained in its political fabric. (05.02.2008)

Do you think Czech parliamentarians made the right choice? Send us your comments and please include your full name and country in your reply.