For the first time in six years, Europe's small and medium-sized enterprises (SMEs) are creating new jobs, according to a new report from the EU Commission. DW's Manuela Kasper-Claridge reports from Luxembourg. 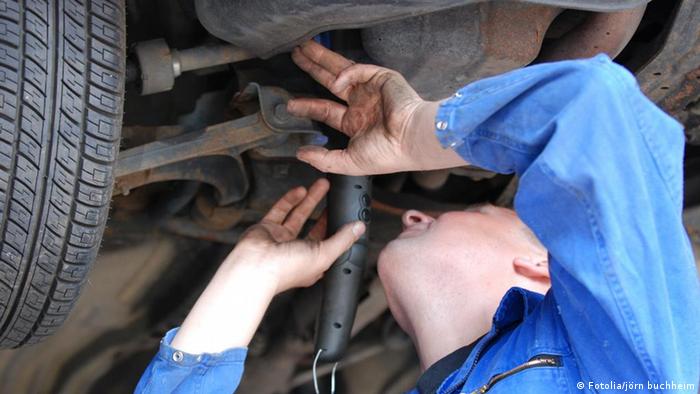 Seldom was the mood so good despite the dreary weather outside as the EU executive released its latest report on the state of the bloc's small and medium-sized enterprises (SMEs).

It found that the number of SMEs in the bloc had risen, reaching a total of roughly 22.3 million.

For the first time in six years, the sector has shown an increase in available jobs, rising 1.2 percent. This has prompted some people to speak of SMEs as Europe's job engine.

The European Commission's director of SME competitiveness (COSME) program, Kristin Schreiber, emphasized that 85 percent of all new jobs in the EU are created in small and medium-sized firms, with start-ups providing new opportunities for young people.

"Start-ups are particularly innovative and flourish in future-oriented sectors such as healthcare and the service sector," Schreiber said.

Her colleague, ICT industries expert Costas Andropolous, added that new jobs were created particularly in Germany, Austria, Belgium, Sweden, Britain, Malta and Luxembourg, with countries such as Greece and Italy bringing up the rear. In those nations, employment had gone down in the past year.

But overall, "SMEs are back again," he concluded.

Too many obstacles in place

In the future, the EU executive intends to do more to support SMEs. It wants to remove some red tape and provide more financial aid. Whoever aspires to found a new firm should no longer have to fight with a magnitude of differing national and regional regulations.

"We have to make sure that we look after the interests of SMEs," Schreiber said.

The European Commission is currently staging the fourth edition of its SME Assembly in Luxembourg. Young European entrepreneurs, associations and lobby groups are taking stock of what's already been done and what needs to be done to improve the situation of SMEs across the 28-member bloc.

Adam Kumcu is a founding member of UNITEE, a Brussels-based organization that focuses on the interests of entrepreneurs with a migrant background.

"They are highly motivated, want to earn money and become independent," he said, adding that in his opinion these are ideal traits to start a small firm.

Kumcu said it didn't require a lot of money to do that as they intended to start humbly in, say, the service sector. And many of already were entrepreneurs in their home countries, Kumcu said. He himself is a migrant from Turkey, has founded several firms and took his degrees in economic sciences at Amsterdam University.

I learned Dutch in six months while being with a company there, that's better than learning it at school," Kumcu said with a wink.

But neither he nor the European Commission has any idea of just how many refugees have an entrepreneurial background. Costas Andropoulus agrees that's something worth looking into. His department provides SME-related figures on an annual basis. He says next year at the latest he will be able to provide more details about refugees as entrepreneurs.

Investment in innovative products and processes at Germany's small and medium-sized firms has dropped for the third year in a row, according to KfW bank. Price pressures and funding are two key factors. (25.02.2015)