Consumers in the 28-nation EU may soon benefit from a standardized charger and socket for their mobile devices. Compliance among manufacturers by 2017 will be required in a draft law passed by the European Parliament. 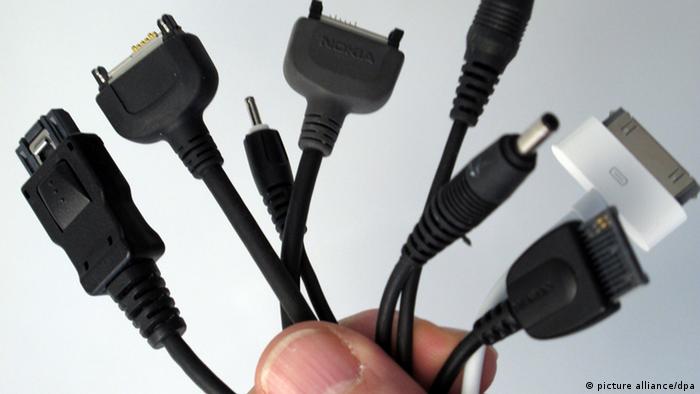 The European Parliament on Thursday approved by 550 votes to 12 an amendment to the bloc's radio equipment law.

That paves the way for a common charger for mobile devices to be made available to consumers by 2017.

Rapporteur Barbara Weiler said she was particularly glad the modernized Radio Equipment Directive now included details on the introduction of such a charger for mobile phones, tablets and other mobile devices from producers such as Nokia, Sony, Apple, Motorola and Samsung.

"This serves the interests both of consumers and the environment," Weiler said in a statement. "It will put an end to charger clutter and 51,000 tons of electronic waste annually."

The draft law only has to be formally approved by the European Council, comprising the EU's heads of state.

The EU's executive commission will negotiate the optimal design with device manufacturers over the coming months.

The bloc's 28 member states will be given two years to incorporate the changes into national legislation, while manufacturers of mobile devices will have an additional year to comply.

As of 2024, all smartphone and tablets sold in the bloc will have to be compatible with a USB Type-C port. Tech giant Apple had opposed the measure.

A top European Court said it was largely upholding a record fine against Google that had been imposed by the European Commission in 2018. The penalty is a record amount for an antitrust violation.