Europe's top human rights court has ruled in favor of Khaled El-Masri, a German man who was kidnapped and taken to a CIA prison in Afghanistan. The court said the man was tortured and repeatedly had his rights violated. 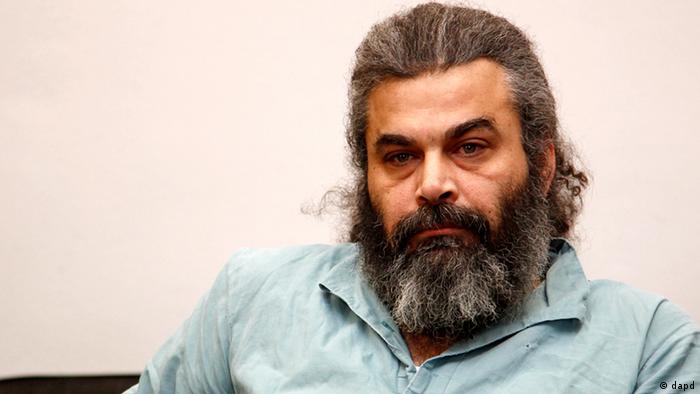 The European Court of Human Rights Thursday ruled in favor of Khaled El-Masri, a German man of Lebanese origin, saying Macedonia was "responsible for his torture and ill-treatment" both in the country and after turning him over to US authorities.

"The Court found Mr. El-Masri's account to be established beyond a reasonable doubt," it said in its decision, adding that Macedonia was responsible for a process in which "he had been a victim of a secret 'rendition' operation."

Pavli said the ruling was a "signal to all countries who are planning to collaborate with the US that these practices cannot be justified and that their governments and individuals will be held responsible."

El-Masri, now 49, was arrested at the Macedonian border in December 2003 while traveling by bus. He was held in a Skopje hotel room for 23 days, where was threatened with being shot if he attempted to leave.

The court said El-Masri was taken handcuffed and blindfolded to an airport. He was handed over to the Central Intelligence Agency (CIA), "where he was severely beaten by disguised men."

"He was stripped of his clothes, then sodomized with an object," said the court. "Shackled and hooded, and subjected to a total sensory deprivation, he was forcibly taken to an aircraft, which was surrounded by Macedonian security agents."

El-Masri was then chained and tranquilized before being flown to a secret CIA prison in Afghanistan, where he was kept for over four months.

While in CIA custody, he was force-fed through a tube following a 37-day hunger strike. On May 28, 2004, El-Masri was finally flown back to Germany via Albania.

The court's ruling, which was unanimous, is binding upon Macedonia.

The ruling also says Macedonia violated El-Masri's right to liberty and security, not respecting his private life and not honoring his right to an effective remedy.

Until now, El-Masri's previous attempts at justice in US and European courts had failed.

A 2005 claim filed by the American Civil Liberties Union on his behalf was dismissed, with the US government saying state secrets outweighed El-Masri's individual interest in justice. A complaint filed in a Macedonian court was also dismissed.

In 2004, German criminal investigators looked into allegations that he had been unlawfully abducted, detained and abused, and three years later a Munich public prosecutor issued arrest warrants for a number of unnamed CIA agents on account of their involvement in El-Masri's rendition.

In 2009, a parliamentary inquiry appointed by the German Bundestag reviewed El-Masri's case and determined that his account was credible.

El-Masri is currently serving a jail sentence for assaulting the mayor of Neu-Ulm, in Bavaria. He is scheduled for release in mid-2013.