The European court has said member states do not have the right to ban genetically modified crops without substantial evidence. Italy had prosecuted the farmer for cultivating GM corn, citing human health hazards. 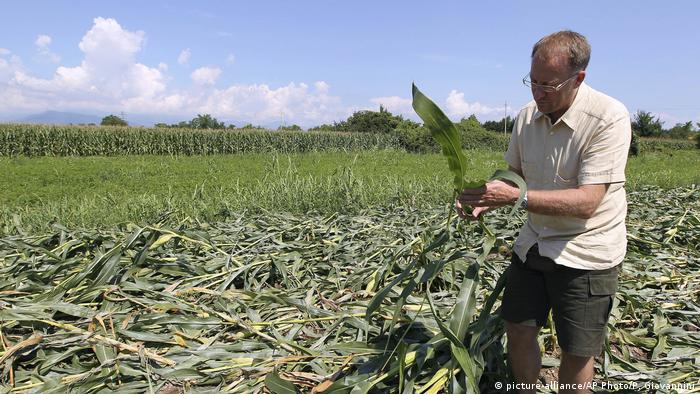 The European Union's top court ruled in favor of an Italian farmer who went against the laws of his country by planting genetically modified corn.

Giorgio Fidenato (pictured above) was prosecuted by Italian authorities who argued that the crops could pose a risk to human health.

Italy prohibited the cultivation of genetically modified corn through a ministerial decree in 2013 and prosecuted several farmers, including Fidenato. The Italian government issued the decree after its request for an emergency ban on GM seeds was turned down by the European Commission.

The European Court of Justice ruled on Wednesday that EU member states do not have the right to prohibit the use of genetically modified seeds unless there was evidence that they pose serious risks.

The court said European Commission in 1998 authorized the use of the specific maize seeds Fidenato planted after it found "no reason to believe that that product would have any adverse effects on human health or the environment."

Fidenato was persuaded to start using GM crops during a visit to the United States where he saw that they produced higher yields and needed fewer chemicals than traditional crops.

But he faced backlash in his native Italy when he started planting genetically altered crops. He was not only fined by the government, but also saw his crops destroyed by anti-GM activists.

After Wednesday's verdict, Fidenato expressed satisfaction, saying he finally felt justice was served to him and to the other farmers involved in the suit.

Grain of the Future or Botanical Frankenstein? - The debate on GM maize

At Bayer's annual general meeting in Bonn, environmentalists and politicians voiced discontent over the proposed takeover. Both companies have come under fire for substandard ethical and environmental practices. (28.04.2017)