The European Commission has proposed injecting funds from the bloc's budget to fund the troubled multi-billion-euro satellite navigation project Galileo meant to rival the US global positioning system, GPS. 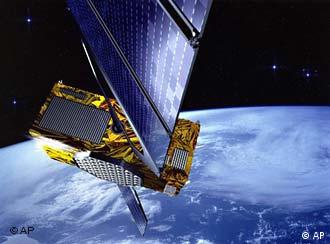 Only sound financing will get the Galileo project off the ground

The European Commission said on Wednesday, Sept. 19, that it proposed using untapped funds worth 2.4 billion euros ($3.33 billion) to plug a hole left in the 3.4 billion euro Galileo project after private companies refused to pay part of the bill.

"I am still convinced that Europe needs Galileo," said European Commission Vice-President, Jacques Barrot. "Today I have come up with all the facts and figures to enable the European Parliament and ministers to take the necessary decisions on the program and its funding by the end of the year."

EU ministers admitted in June that plans to secure private financing for Galileo had failed, but they did not agree whether a resulting shortfall should be covered by individual EU states or the 27-nation bloc's collective budget.

The new money for Galileo is to come from funds budgeted for this year and 2008 which will not be used in areas such as agriculture. Each year, several billion euros earmarked for various projects remain unspent and are returned to national coffers.

Galileo's original financing plan recommended that public money pay for the first four satellites. A private consortium of companies building the satellites was then to pay for two-thirds of the 26 remaining satellites. 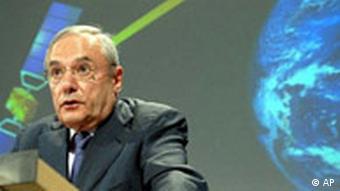 The French satellite group Eutelsat said it intended to step into the Galileo project.

"Eutelsat is ideally suited to plan and provide the fleet of 26 satellites for Galileo," chief executive Giuliano Berretta told the German business daily Handelsblatt on Tuesday.

"We do not want to take on a leading role in Galileo," Berretta said. "But we're offering to play an active role in order to avoid further delays."

Galileo is intended to be an independent, European alternative to the American global positioning system (GPS). Yet while the US system, run by the Defense Department, is offered free of charge to businesses, Galileo plans to charge its users. 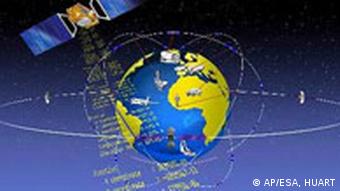 Galileo's 30 satellites are supposed to form a worldwide network

Galileo is expected to be up and running by the end of 2012. But cost problems, as well as disagreements between private contractors, have stalled the project's progress.

Critics have warned that the costs could keep rising and have questioned the logic of imitating the existing, free US service. At the same time, the US is updating GPS, which is already used widely in cars, boats and planes.

Russia and China have also been working on getting similar satellite navigation projects off the ground.

EU transportation ministers have approved the use of billions of euros in public funds to finance the ailing satellite-navigation system Galileo. (09.06.2007)

Do you think the Galileo project is worthwhile? Send us an e-mail. Please include your name and country in your reply.

EU aims to curb carbon footprint through investment in space 15.01.2021

A €15 billion fund is set to bolster the EU’s space program, making it autonomous from China and the US. EU commissioners also see this as an important step for the continent’s green and digital transitions.