Europe's largest airline groups have launched a new alliance in a bid to become stronger in the face of more competition from Gulf rivals. Among other things, the association wants to fight rising airport charges. 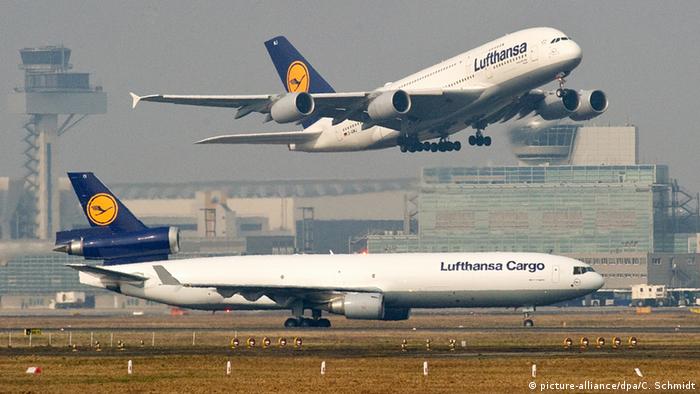 Europe's five largest airline groups on Wednesday called into being a new alliance meant to boost the carriers' clout in talks and negotiation with officials and policymakers.

Dubbed Airlines for Europe (A4E), the alliance brings together budget carriers such as Easyjet and Ryanair with the sector's giants, including Lufthansa, Air France-KLM and the International Airline Group (IAG), the parent company of both British Airways and Iberia.

"The alliance will represent the interests of its members when dealing with the EU institutions, international organizations and national governments on European aviation issues," it said in a statement at the launch at Amsterdam's Schiphol airport.

The alliance called for swift steps to stop European travelers "being fleeced by excessive airport charges." Citing a recent study, it revealed that airport charges at the 21 largest European aviation hubs had soared by 80 percent since 2005.

The alliance said it also intended to push for a more reliable airspace by reducing the costs of air traffic control through the completion of the Single European Sky scheme.

Launched in the late 1990s, the aim of the project is to make European skies more competitive, secure and environmentally friendly by eliminating national borders in control systems.