The 2010 Nobel Peace Prize has been controversially awarded to jailed Chinese dissident Liu Xiaobo in a move which Beijing says could damage relations between China and Norway. 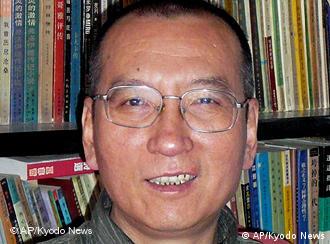 Liu's award could cause friction between China and Norway

The Norwegian Nobel Committee followed up last year's surprising choice of US President Barack Obama as the winner of the Nobel Peace Prize by announcing an even more controversial choice for 2010: Chinese dissident Liu Xiaobo, a political activist jailed by a Beijing court for 11 years in December.

World leaders welcomed the award with many using the opportunity to press home their belief in stronger efforts to secure human rights, a belief championed by Lui himself. 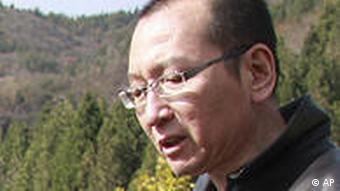 Germany was quick to offer its own congratulations with Chancellor Angela Merkel's spokesman Steffen Seibert calling on Liu to be allowed to collect the award himself in person. Liu was "a courageous man, a man who wants to help bring about democracy in his home country," Seibert said.

German Foreign Minister Guido Westerwelle added: "I am very pleased that his courage and his untiring advocacy of freedom and human rights have been honored. I welcome this courageous decision, which sends a signal to the world that human rights will be supported. It will encourage others to continue this work."

The office of European Commission President Jose Manuel Barroso issued a statement on behalf of the head of the EU's executive which praised the Noble Committee's decision as "a strong message of support to all those around the world who, sometimes with great personal sacrifice, are struggling for freedom and human rights."

Navi Pillay, the UN Commissioner for Human Rights also paid tribute: "Liu Xiaobo is of course a very prominent human rights defender. We welcome this recognition of the very important role human rights defenders play in China and in many other countries, as well as the challenges they face."

The Dalai Lama, the 1989 Nobel peace laureate, praised the bravery of the Nobel Committee and said its choice reflected international recognition of "the increasing voices among the Chinese people in pushing China towards political, legal and constitutional reforms."

Criticism from both Chinese government and fellow dissidents

Meanwhile, as expected, China reacted with anger to the news. "Liu Xiaobo is a criminal sentenced by Chinese judicial organs due to his violation of Chinese law," the Foreign Ministry said in a statement. "His actions are against the purpose of the Nobel Peace Prize."

"The Nobel Committee's award of the Peace Prize to such a person is totally contrary to the aim of this prize and also seriously disrespects the peace prize," the statement said. 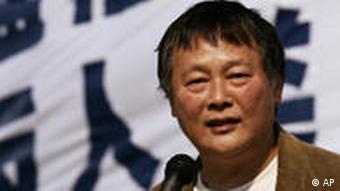 Wei, who lives in exile in the US, criticised Liu's award

Criticism also came from Wei Jingsheng, a senior figure in China's democracy movement, who said that other dissidents were more deserving of Liu who he accused of being a moderate willing to work with Beijing.

Wei, who spent nearly two decades in prison for his own dissent, claimed that Liu had often been allowed to operate freely by the Chinese government and had criticized those who had pushed for even greater change.

"In my observation, the Nobel Peace Prize is going to Liu because he is different from the majority of people in opposition. He made more gestures of cooperation with the government and made more criticism of other resisters who suffered," Wei said, adding that there were "tens of thousands" of Chinese who would deserve the Nobel Peace Prize.

The Nobel Committee risked damaging relations between Norway and China by picking Liu, a champion of political change in China and an outspoken campaigner for freedom of assembly, freedom of expression, and freedom of religion in the People's Republic. 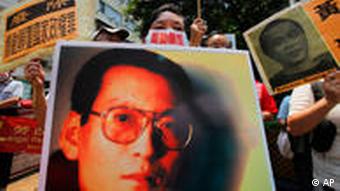 However, Liu is seen as a dangerous subversive by the Beijing government which warned the committee to steer clear of recognizing any pro-democracy advocates, especially Liu.

Liu, who helped set up Charter 08, a pro-democracy manifesto issued by Chinese intellectuals and activists which demanded political reform, free speech and multi-party elections, has had a number of prominent supporters backing his nomination since his name was included in the short list, including, among others, Nobel peace laureates Desmond Tutu, South Africa's former Anglican archbishop, and the Dalai Lama, the spiritual leader of Tibet.

A former literature professor, Liu was among the leaders of a hunger strike during student protests on Tiananmen Square in 1989. His involvement and his outspoken views earned him a 20 month jail term. He was later sentenced to three years in a "labor reeducation" camp for his continuing opposition to the regime and has spent various periods over the last few years under house arrest.

Liu's wife called on the international community to use her husband's award to call on the Chinese government to press for his release. "As the committee recognized, China's new status in the world comes with increased responsibility," Liu Xia said in a written statement released by the Freedom Now human rights group. "China should embrace this responsibility, have pride in his selection, and release him from prison," she said. 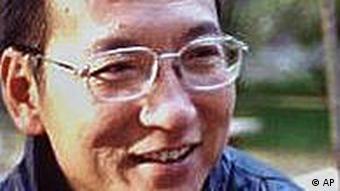 Helmut Kohl, the German chancellor who oversaw reunification and the fall of the Berlin Wall, Afghan doctor and women's rights activist Sima Samar and leader of China's Uighur minority Rebiya Kadeer were also mentioned as possible winners along with Burma's broadcaster-in-exile, the Democratic Voice of Burma.

Europe and US call for immediate release of Chinese dissident

German, EU and US diplomats decried a Beijing appeals court's upholding the conviction of leading dissident Liu Xiaobo, demanding his release and criticizing the state of human rights in China. (11.02.2010)

The prize was awarded to Liu Xiaobo "for his long and non-violent struggle for fundamental human rights in China". Liu Xia, his wife, has always been by his side. (08.10.2010)

Western nations and human rights groups have reacted with concern to the sentencing of Liu Xiaobo by a Beijing court to 11 years' imprisonment for subversion. Liu is a leading pro-democracy campaigner in China. (25.12.2009)