Some European Parliament members want to end or limit mobile roaming fees within Europe and open up the telecom market. In an interview with DW, MEP Gunnar Hoekmark speaks about industry consolidation and why it matters. 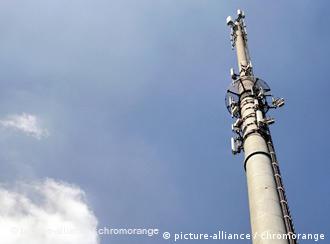 Gunnar Hoekmark is a Swedish representative to the European Parliament and the Vice Chairman of the European People's Party, which describes itself as politically center to center-right and pro-European. Recently, he has argued in favor of telecom industry consolidation to rid roaming charges for users traveling between different EU countries and mobile markets. Hoekmark spoke with DW about his proposal.

Deutsche Welle: You opened a recent editorial in the Wall Street Journal by writing that borders within the EU doesn't mean much to young Europeans today except for one thing: the cost of surfing the Internet on mobile phones while abroad. Why is this an important issue for Europe right now?

Gunnar Hoekmark: I think that how we develop the telecom market is crucial for how we are able to develop all of our other markets, like the service and knowledge markets. It's not just about telecommunications as such but about the opportunities telecom enables. Making the internal market more open than it is today means new services and products.

Would you and your colleagues like to see a truly unified single mobile market for all of Europe?

That is my aim, and I think that aim should be at the forefront when we discuss new legislation and changes to the present legislation. An important aspect of the discussion is how to use the spectrum we have to develop wireless services that can cover all of Europe - including those parts of Europe that you can't reach very easily with a cable network. 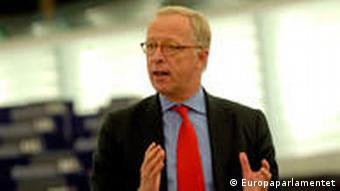 The European Commissioner for Digital Agenda Neelie Kroes has called for an end to roaming charges, which sounds very similar to your proposal.

Yes, I think so. But there are two ways of reducing roaming charges. One way is by issuing regulations that decrease the costs of roaming. You can only do that up to a certain point because it still costs a lot of money for the national telecom branches to provide service when you're abroad and roaming.

The other, long-term solution is to get rid of the reasons for why you have roaming at all. Those are the factors that explain why it's more expensive to make a call from southern Sweden to Copenhagen - a distance separated by just a few kilometers - but much less expensive to call places hundreds of kilometers away in northern Sweden. That's why I want us to have pan-European solutions and create one internal market.

Is the goal to have mobile operators from Sweden, Germany, Estonia or wherever operate on the entire European continent?

Exactly, and that's the case with all other products in the internal market, like cars from Volvo or Saab. It doesn't and shouldn't cost you more to buy those products in Denmark or in the Netherlands. But when it comes to telecom, we still have 27 different national markets, and I think we need to get rid of those borders.

What's been the reaction to this proposal among members in the European parliament and the telecom industry?

In general, I think there is support from delegations for the issue, but it will require a lot of debate and discussion. Our duty in the European parliament is to discuss all possible solutions, and I am in favor of this one personally.

The debate will be about how to use the spectrum best and about the national interests involved in keeping control over the spectrum versus common European interests. I think this will become an important debate because it will be crucial for Europe's digital development.

Are there particular countries or regions that you feel would provide you with stronger support than others?

I think that all those from areas which are rural and which lack good Internet connections will support this move, but I think everyone should be positively disposed to it. 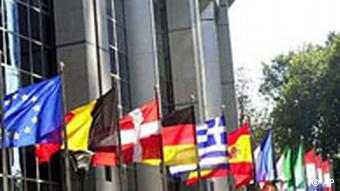 Eliminating telecom borders is an integration and a market issue, says Hoekmark

How do you see this as fitting into the larger picture of European integration?

I think this is important for integration reasons but also for reasons relating to competitiveness. By going forward on this proposal, we can develop more new services. Europe has been a leader regarding mobile Internet, but we risk losing that advantage if we can't open up new opportunities.

Is there something about this particular point in time that prompted the editorial you wrote on the issue of telecom markets?

We are just now defining the 2020 strategy in order to see how we can make Europe more competitive, and I think this is one of the measures we can take.

How do you see this playing out over the coming months and years?

I think we will start the work on the issue within the coming year, so we will discuss proposals from the European commission. My aim is to move things in the direction of drafting a bill.

European Union residents have long complained about exorbitant fees on their cell phone bills while roaming in other EU countries. Now the EU's digital agenda commissioner says she will propose banning them. (23.09.2010)

The European Commission has dropped a probe into Apple after the company agreed to change its policy toward iPhone app developers. Consumers will now also have warranty repair services in all EU countries. (27.09.2010)