Europe Keen to Join Russia in New Spaceship Project | Europe | News and current affairs from around the continent | DW | 12.12.2005

The Russian plan to build a new spacecraft for manned missions has captured the attention of the European Space Agency. EU ministers, however, are yet to approve the expensive project. 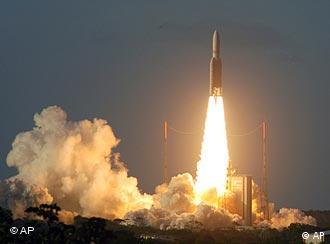 The European Space Agency is counting on Russian technology 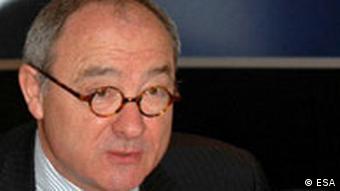 "I shall make all the efforts I can in the next few months to secure wide participation for Clipper among member states," ESA Director General Jean-Jacques Dordain said after meeting Russian space agency officials in Moscow.

Dordain said he would push the project to be approved before June 2006 by the 17-member ESA, which backed off a decision on approval at a ministerial meeting in Berlin last week.

"A final decision has not been taken but neither has a negative decision. This is very important for us," Anatoly Perminov, head of Russia's federal space agency, said.

With or without Europe

Perminov previously said that Russia could push ahead with the Clipper project without European backing and mentioned China as a possible alternative partner. Russian scientists envisage that the Clipper would weigh 14.5 tons and would carry up to six people on voyages to the International Space Station (ISS) or on interplanetary trips.

They have said the craft could be launched as soon as 2010 and have estimated the cost of development at $1 billion dollars (845 million euros).

"Before the final decision is taken, we will work together, we will come up with an action plan for the concept and utilization and the participation of European industries in the project," Dordain said.

"The Russians are not going to finance it, we will finance it from our side," Sacotte told AFP.

He added, however: "We needed the support from at least two states out of France, Italy and Germany. We didn't get it."

Also Friday, the ESA director general said Russia's Soyuz space rockets, currently the only vehicles used for reaching the ISS, had the full backing of the European agency. 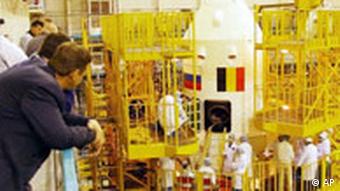 "Based on performance," the ESA "has decided to consider Soyuz as a full member of the family of launchers for ESA missions," alongside Ariane and Vega rockets, Dordain said.

A Soyuz rocket will be used for the first launch in Europe's Galileo satellite navigation project from Kazakhstan's Baikonur cosmodrome on Dec. 26, Dordoin said. The ESA also foresees use of Soyuz rockets for a planned mission to Mars, he added.

The Soyuz, a Soviet-designed work horse, became the only means of taking personnel to and from the ISS after the grounding of the US space shuttle fleet in August following a mishap on the latest mission similar to that which doomed the Columbia orbiter in 2003.

The world's first satellite designed and built entirely by students was launched into orbit this week for the European Space Agency under a program meant to inspire and train Europe's future aerospace workers. (Oct. 29, 2005)