Thomas Oppermann, the Social Democratic Party's floor leader in the German Bundestag, explains why Obama's foreign policy is better for Europe than Romney's - but Europe is less important for either candidate. 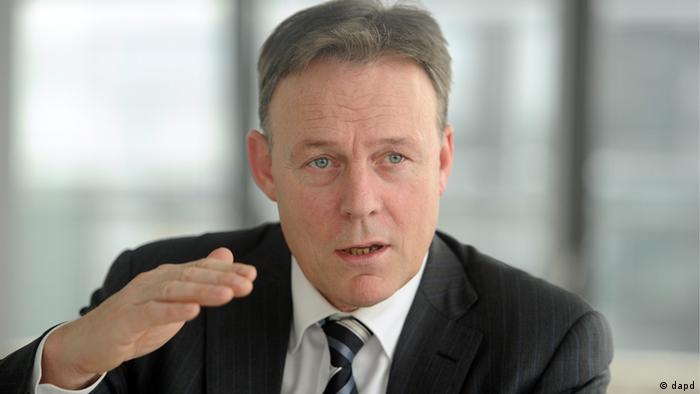 Deutsche Welle: The polls say that more than 90 percent of Europeans would vote to re-elect Barack Obama, but would he really be better for Europe?

Thomas Oppermann: I think many Europeans cannot really figure out what Mitt Romney is up to. Obama stands for social balance and social justice. He ended the wars in Iraq and Afghanistan. He is for international cooperation, and he ended the era of unilateralism pursued by George W. Bush - the idea that the US, as a superpower, is not dependent on cooperation, but is able to pursue its interests alone. That is what makes Obama so sympathetic for Europeans.

On the campaign trail, Romney said that if he were elected he would turn US foreign policy away from Asia and Europe, and more towards the Caribbean and South America. Is that worrying for Europeans? 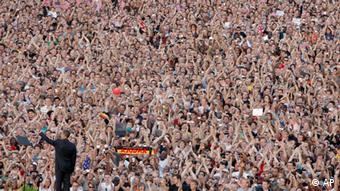 Four years on, and Obama is still loved in Europe

We have to realize that Europe is not as important for US foreign policy anymore, and that is true also for Obama. He has also shifted the focus to the Pacific area, especially on China - that's where economic growth is taking place. And Europe has to realize it has to work hard to keep up its international influence in partnership with the US.

It's interesting that the euro crisis was not mentioned in any of the presidential debates. Do you think it would have been in past elections?

The Americans would have reacted differently to the euro crisis in the 70s or 80s. Now, while they do not ignore what's going on in Europe, it's not their central focus anymore. It's because of the growing economic importance of Asia, and not only Asia, but also Latin America - the rising significance of Brazil, India, South Africa, China, even Russia.

What would you say to US voters who criticize Europe for not carrying its weight militarily in the world?

For Europeans, security in the past 60 years since World War II relied on close partnership with the US. That can only be maintained in the future if we share the burden fairly. But that is only possible if you have a common understanding of security policy. Unilateralism is not the basis of a common understanding. Obama stands for multilateralism, for cooperative foreign policy, and for the attempt to revitalize the disarmament process. That is the basis for fair burden sharing.

So that would be a big difference between Romney and Obama?

Definitely. We cannot really predict the way Romney would act in the area of foreign policy, but he seems to be more aggressive. He wanted to stay longer in Iraq, he does not want to withdraw from Afghanistan - so we would probably have more difficulty with his foreign policy, than with Obama's.

Some people have said that a Romney presidency would strengthen Europe, because opposition to him would galvanize and unify Europe's voice - as it did in opposition to Bush. Do you think that's true? 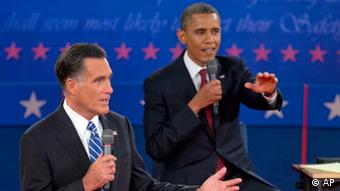 The euro crisis did not come up in the presidential debates

Well, we have to unite much better in Europe - even without Romney! Romney is not a catalyst of the European unification process. I don't believe that. But he would probably create a much greater demand among Europeans to develop a common security and foreign policy. If that were one of the collateral effects of Romney's election, I wouldn't be against it.

Climate change has been pretty much off the political agenda in both the US and Europe since the financial crisis began. You said recently that climate change was going to return as an issue. Why do you think that?

As soon as we see the immediate effects of climate change, and have more problems with storms, hurricanes, and floods, especially in the States - which is primarily affected by climate change - I think the US will make sure that it will be put back on the political agenda.

Polls show that the fear of terrorism has receded in America over the past decade, but in Europe it seems to have risen - with the London bombings, the Madrid bombings, and the Islamists arrested in Germany. Is that going to be more of an issue in the German election next year?

That is very much dependent on current circumstances. We saw in Germany a year ago, when there were warnings that there would be a Mumbai-style attack on the German Bundestag, people were afraid. I think we should handle security issues reasonably - not frighten people, but do what we have to do in terms of prevention. But I don't think fear of terrorism will play a decisive role in the next German election.

Thomas Oppermann, floor leader of the Social Democratic Party's faction in the German Bundestag, took part in a panel discussion on the US election at the Hertie School of Governance in Berlin on Wednesday. It was co-hosted by Deutsche Welle.

The optimism of 2008 is gone from this year's US election. Obama has changed and so have the attitudes of foreign supporters. But in a close contest, as DW's Jefferson Chase argues, every bit of support could be crucial. (31.10.2012)

Moscow is closely following the build-up to the US elections and has made no secret about its preference for Obama, though ties between the two countries haven’t been without problems during his presidency. (30.10.2012)