The European Securities and Markets Authority (ESMA) warns US credit ratings agencies that they will need to play by EU rules if they want a license to continue operating within the bloc. 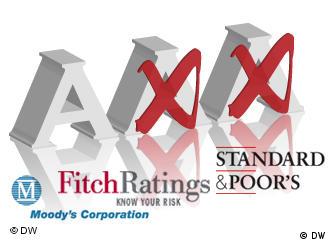 The head of the European Securities and Markets Authority, Steven Maijoor, said Europe wants to break the monopoly currently held by major US ratings companies, and enforce its own operating regulations.

"We shouldn't blindly adopt the regulatory system of a third country," Maijoor told the Financial Times Deutschland, referring to the guidelines governing the behavior of ratings companies in the United States.

He said any agency seeking a license to operate within Europe would be expected to supply extensive paperwork with their application. ESMA said this has not yet been forthcoming.

The biggest agencies, Fitch, Moody's and Standard and Poor's, the latter two of which are American, have been widely criticized since the global financial meltdown.

"Everyone knows that after the crisis there was a big problem with ratings agencies, and that was a conflict of interest," Philip Whyte, senior research fellow with the Centre for European Reform in London told Deutsche Welle. "The people's whose papers were being rated were the people who paid the agencies."

Greece's ratings have been slashed by Standard and Poor

Yet he added that it is sometimes hard to disentangle what politicians say about the behavior of the agencies in the run up to the financial crisis and what they are saying now in the face of sovereign debt woes.

For the past year, Europe has been promising to curb the power of the major three agencies, which the Financial Times Deutschland reported as having a collective market share of 95 percent. Although as of July 1, ESMA will hold the sole responsibility for the supervision of credit rating agencies in Europe, Fitch, Moody's and Standard and Poor's will remain the major players.

In a recent EU report on the reform of the ratings industry, Wolf Klinz, a German member of the European Parliament, called on central banks, investors and private banks to practice risk assessment themselves, thereby reducing dependency on the main agencies.

He also said ratings companies should be held accountable for the economic consequences of their actions.

"When the agencies say they are only expressing opinions, it is inaccurate," Klinz said in his report. "What we need is greater responsibility and accountability."

Fitch is owned by a European financial group

The MEP is one of many EU politicians, including Jean-Claude Juncker, chairman of the group of eurozone finance ministers, to back the proposal of the creation of a European ratings agency.

But as Nicolas Veron, a senior fellow with the European think tank Bruegel, was quick to point out, the idea is a very old one, and would be hard to pull off.

"I am not exactly sure what is desired here," he told Deutsche Welle. "If it is a state controlled ratings agency, it would be hard to establish credibility, and it if is about creating a state monopoly, I think it would be a non-starter."

The future of Frankfurt

On Friday, Roland Berger Strategy Consultants announced that it is in talks with the German state of Hesse, the association Frankfurt Main Finance and the Frankfurt Stock exchange "in order to promote, establish and develop a European rating agency in Frankfurt am Main." 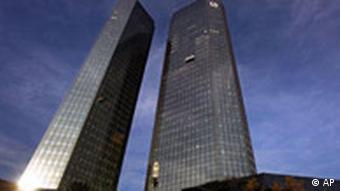 Could Frankfurt become home to an European ratings agency?

The company's global head of risk management, Markus Krall, said in a statement that it was crucial to "reduce conflicts of interest and restore credibility of and confidence in ratings." He added that Roland Berger was inviting companies and institutions across Europe to participate in setting up the initiative.

Whyte, however, said he is skeptical of both the wish and the need for such an entity. He said he believes the EU is angry with rating agencies for downgrading sovereign debt and is looking for ways to make them stop.

"They always think Anglo-Saxons have an inherent bias and that an EU agency would be more balanced," he said. "But one person's balance is another person's susceptibility to political pressure."

Standard & Poors has slapped Italy with a negative forecast, raising the prospect that the credit rating of the eurozone's third-largest economy could be slashed. (22.05.2011)

The perceived lack of progress in resolving the Greek debt crisis is draining international markets of confidence. Deutsche Welle asked a number of European economic experts just how serious they think the situation is. (16.06.2011)

US debt rating threat could prove a boon for Germany

Standard & Poor's warning the United States could lose its AAA rating may ultimately bring investment to Germany, reduce interest rates on its bonds and help the country lower its own debt. (21.04.2011)

More than a dozen defendants stand accused of smuggling Syrians through the so-called Balkan route since 2019. Coordinated raids early on Tuesday involved hundreds of officers across several cities and states.