An incredible volume of games in a various positions has seen Joe Aribo's status rise as the Rangers face Frankfurt. A win would see the Nigerian banish his World Cup disappointment and may lead to a Premier League move. 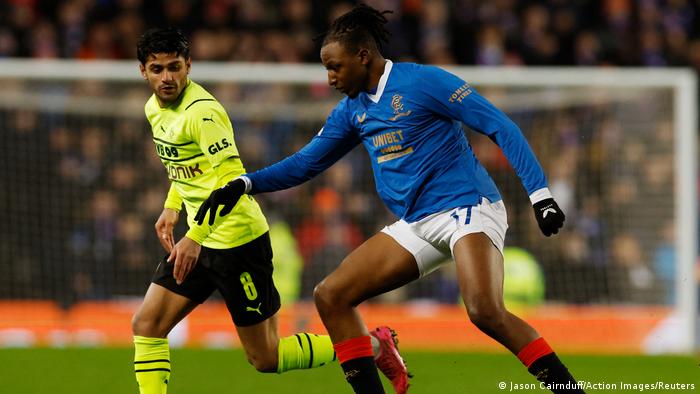 Joseph Ayodele Aribo has been a key part of a Glasgow Rangers team chasing their second European title. Wednesday’s Europa League final against Eintracht Frankfurt in Seville will be Aribo’s 65th game of a season where he has played almost everywhere for the Rangers.

His versatility has made him one of coach Giovanni van Bronckhorst's most-trusted players. And while he may look thin and fragile, there is a lot of power in his sinewy frame.

The 25-year-old Londoner moved to the Rangers in 2019 after a successful time with Charlton Athletic, where he helped the club gain promotion into the Championship. During his early days in Glasgow, he thrived under Liverpool legend Steven Gerrard, winning the club‘s young player award in his first season. The next year he contributed eight goals to help the team to their first Scottish Premiership title in a decade.

He became a Nigeria international after qualifying through his parents and scored in his first two games for the national team against Ukraine and Brazil. But he came under criticism after they failed to qualify for this year’s World Cup when he was outplayed by Ghana’s Thomas Partey in Abuja. A labored performance in midfield was not enough to see Nigeria reach the big stage.

A Rangers legend in the making

He has recently been given the responsibility of leading the Rangers attack in a false nine role due to injuries to Kemar Roofe and Alfredo Morelos. He told The Scotsman newspaper he's learning as he goes along, with a little help from a former Bayern Munich man.

"It’s different compared to playing in midfield areas, of course. But I want to add goals into my game so in that sense there is an easier chance to score," he said. "I’ve not really played that much up front. It’s one I’m still adapting to.

"When I find out that I’m going to be playing up front, I speak a lot with Roy [Makaay, assistant coach]. He tells me some movements. He knows that I’m strong and can battle with defenders and back in."

After having to be subbed off after 45 minutes of the semifinal second leg win against RB Leipzig at Ibrox, Aribo recovered quickly and is set to return to the team for the final at the Ramon Sanchez Pijuan Stadium on Wednesday night. "It means a lot to us. We know how big it is, for us personally but also for the club. It’s a massive one for us,” he said. 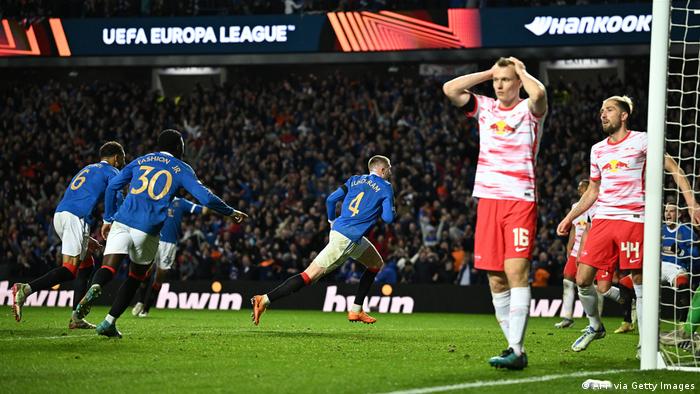 Rangers have had an impressive run in the Europa League

It has been half a century since Glasgow won their last European title when they defeated Dynamo Moscow in the Cup Winners' Cup in 1972. They have lost three other finals since, with the last coming against Zenit Saint Petersburg 14 years ago.

Their run to the final this year has been impressive, with wins against Borussia Dortmund, SC Braga and RB Leipzig. A third German opponent awaits in Seville as Frankfurt also chase their first title in 42 years in a clash of Europe’s underdogs.

Under van Bronckhorst, the Rangers are looking to become a serious contender in Europe once more. Their transformation started with Gerrard before he left to take up the managerial job at Aston Villa. Aribo has subsequently been linked with a potential summer transfer to rejoin his old coach. It is a move that would expose his talent to a more global audience.

But victory in the Europa League would not only cement his legend in Scotland, it would also mean that Glasgow qualify automatically for the Champions League next season. Perhaps that would be enough to keep Aribo interested in staying with Glasgow for one more year.

It is a dilemma that he would be happy to deal with come the final whistle.

Twelve months on from the attempted formation of a European Super League, the takeover of Camp Nou by Eintracht Frankfurt fans and the ongoing inquiry in Barcelona reveal contrasting footballing realities.