Euro 2020 to be held in several European cities

Europe's football governing body UEFA plans to stage the 2020 European Championship in cities across the continent. The move is meant to ease the financial burden of hosting such a major sporting event. 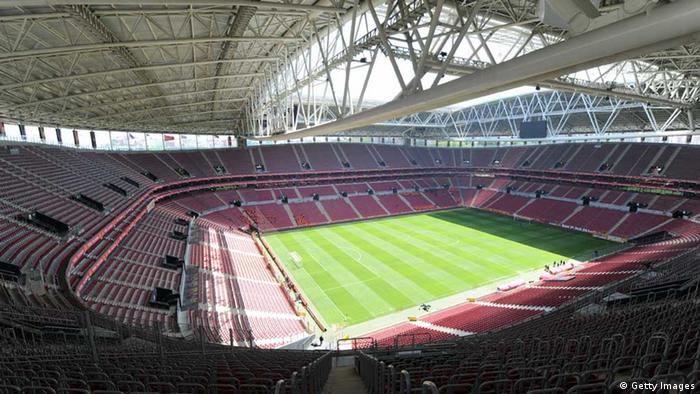 The UEFA executive committee approved the plan at a meeting in Lausanne, Switzerland on Thursday.

"UEFA Euro 2020 will be staged across the continent, in various major cities, following a decision taken today," UEFA Secretary General Gianni Infantino said, describing the tournament as "a Euro for Europe."

"The response has been extremely positive from all the national associations," he added.

UEFA President Michel Platini initially floated the idea publicly before the final of Euro 2012 in Ukraine and Poland, saying the tournament could involve "12 or 13 cities across Europe" and that most of the 53 member nations were in support of it.

"It will be easier from a financial aspect - one stadium per host city," said Platini in June.

Starting at Euro 2016 in France, the tournament is to expand to 24 teams from the traditional 16.

"[Euro 2020] is the 60th anniversary of the European football championship - obviously the fact that the Euro moves to 24 teams bears additional burdens on the host nations, the requirements are becoming bigger and bigger," Infantino said.

Bidding for the 2020 host cities is to begin in early 2013, with the process expected to take around a year, he added.

Three of the last four European Championships have been held in two countries, though usually it has been staged in one.

The only country to object to the change was Turkey, which had hoped to win the right to host the tournament. Azerbaijan and Georgia been expected to launch a bid to become joint hosts in 2020, along with a three-way bid from Ireland, Wales and Scotland.

Turkey is also bidding to host the Summer Olympics in the same year, though the International Olympic Committee has said that it opposes the idea of a single country hosting two major sporting events in short succession.

The president of the German Football Association (DFB) Wolfgang Niersbach expressed his approval of the plan on Thursday.

"We expected the [executive committee's] decision and regard it as positive," said Niersbach, who added that a German city would bid to become one of the hosts.

US President Joe Biden signs series of orders, including rejoining Paris climate accord 6h ago