EU: We′ll Fight Protectionists at Home and Abroad | Europe| News and current affairs from around the continent | DW | 26.02.2009

The European Union's executive will use the force of law to fight countries that give unfair support to their national car industries, be it in the EU or the US, officials in Brussels said. 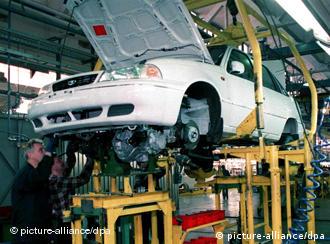 The EU doesn't want countries to prop up their carmakers unfairly

The threat from the European Commission comes as the United States and EU governments are rushing to prop up their auto industries in the midst of the worst economic crisis in 60 years.

"We have no interest in the collapse of the US car industry, but what happens there to help them must follow international rules," EU Industry Commissioner Guenter Verheugen said on Wednesday, Feb. 25. "We will not hesitate to take the necessary steps if that should not happen."

The Brussels-based executive will make sure that national governments stick to the rules on fair competition "both inside and outside the (EU) single market," he stressed.

US automakers GM and Chrysler have already received $17.4 billion (13.7 billion euros) in emergency government loans, but said on Feb. 17 that they would need nearly $10 billion in additional federal aid over the coming months if they were to turn the corner.

On the same day, GM said that it would sell its Swedish-based subsidiary, Saab, and could do the same with German subsidiary Opel. Saab filed for bankruptcy protection three days later, while Opel has asked the German government for an estimated 3.3 billion euros in loan guarantees.

GM to blame for Opel's woes 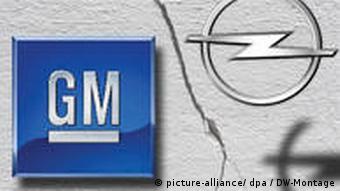 Bungling at US headquarters has wrought bad times in Germany

Verheugen said the commission intended to protect GM's European subsidiaries, adding, "We do not believe that you can solve the overcapacity problem by throwing the weakest people off the sledge."

But he also stressed that any aid to Opel would have to be accompanied by thorough restructuring plans, placing the blame for the situation squarely on GM.

"The problems do not simply stem from the sales crisis, they are the result of years of management failure in the (GM) headquarters in Detroit," he said. "The European tax-payer cannot foot the bill for it just like that."

Thousands of Opel employees had gathered to demonstrate on Thursday, to call for the German company to become independent of its troubled American parent. Opel is also expected to unveil a new business plan this week amidst speculation that it might look for government support, perhaps even combined with independence from GM.

The car industry accounts for some 12 million jobs across Europe, but it has been especially hard hit by the global economic crash, with new passenger car registrations in January slumping by 27 percent compared with the same month last year. 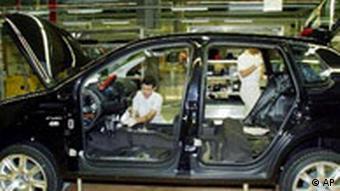 On Wednesday, the European car manufacturers' umbrella group, ACEA, called on the EU to protect the industry by allowing state lending support, boosting funding by the European Investment Bank and bringing in measures to encourage consumers to buy new cars.

Concerns have, however, arisen over clauses such as a French condition that any company that receives state aid should promise not to close its factories in France.

Such a clause would break the EU's rules on the free movement of companies, and could force the closure of French-owned factories in other EU member states, commission officials have warned.

On Tuesday, French President Nicolas Sarkozy defended his policy, saying he had been forced to launch it because the EU had failed to approve a Europe-wide support scheme.

But a report in Wednesday's edition of French daily Le Figaro suggested that Paris was prepared to back down on the clause.

The German government is reportedly prepared to step in and give auto maker Opel an emergency loan. At the same time, Berlin is said to have rejected the option of becoming a stakeholder in the ailing company. (24.02.2009)

Europe's biggest carmaker has introduced short-time work for the first time in 25 years. Some 61,000 VW workers in five different plants have been given an enforced five-day break in response to poor sales forecasts. (23.02.2009)

Berlin was holding talks with Washington over plans to protect the car industry as a slump in demand threatens the global auto sector. But German politicians can't agree how much aid to dole out or who should get it. (22.02.2009)