The European Union and Vietnam have announced a free trade deal that, in principle, will eventually see almost all import tariffs lifted. Only technical details are left to be sorted out in the weeks ahead. 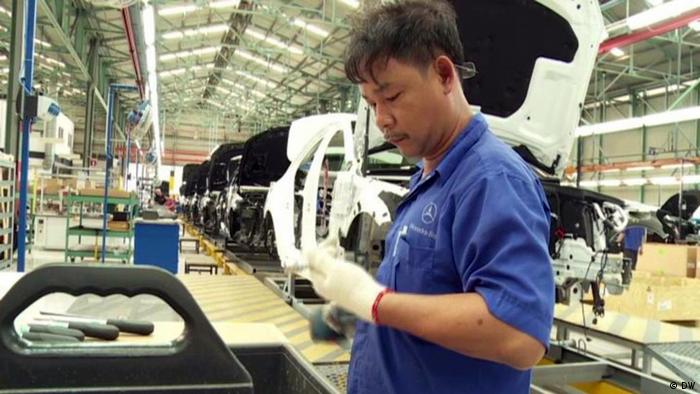 "We have a deal," EU Trade Commissioner Cecilia Malmstroem announced Tuesday as her office spoke of a free trade accord, following two and a half years of intense negotiations.

"This finely balanced agreement will boost trade with one of Asia's most dynamic economies," Malmstroem added.

Brussels reported the two sides had agreed on all "issues of substance", expressing confidence the deal would eventually remove nearly all tariffs on goods traded between the two sides.

"It sets a new, better and modern model for free trade agreements between the EU and developing countries and establishes a good standard for the trade relationship between the EU and Southeast Asia as a whole," Malmstroem's office commented.

The deal is expected to boost opportunities for companies by increasing market access for goods and services.

"Having easier access to a growing and fast developing market like Vietnam with its 90 million consumers is great news," Brussels argued.

The European Commission said the negotiating teams would now have work on the finer points, settle some technical details and finalize the legal text. Then latter would then be submitted to EU member states for approval.