Net zero emissions by 2050 is set to be a legally-binding objective for all 27 EU member states, according to the bloc's first climate law. But environmental campaigners have condemned parts of the plan. 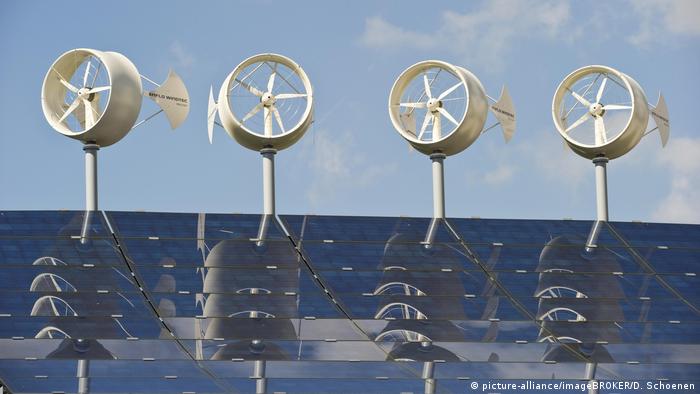 The European Commission on Wednesday adopted proposals for Europe's first ever climate law. The draft regulation commits all 27 EU member states to reduce net greenhouse gas emissions to zero by 2050.

The law is a key component of the European Green Deal — a plan to overhaul the bloc's economy — and still requires approval from the European Parliament.

What is in the draft?

Climate activists have condemned the lack of a concrete plan to increase the emissions reduction target by 2030. The Commission only said it would review the EU's target of a 40% reduction "by September."

Environmental group Greenpeace said this means governments in Europe would find it "extremely difficult to agree a new target before the UN climate conference in November."

In an open letter signed by 33 other activists, Swedish campaigner Greta Thunberg called the draft law a "surrender."

"Net zero emissions by 2050 for the EU equals surrender. It means giving up. We don't just need goals for just 2030 or 2050. We, above all, need them for 2020 and every following month and year to come," they wrote in a guest post for the CarbonBrief climate website.

Speaking at the EU parliament in Brussels on Wednesday, Thunberg called it a 'surrender' to the incoming climate breakdown, equating lawmakers' actions to acknowledging that one's house is on fire but doing nothing to stop it.