EU official hopes that the open data portal will be up sometime in 2012. However, some governments may resist losing a previous revenue stream. 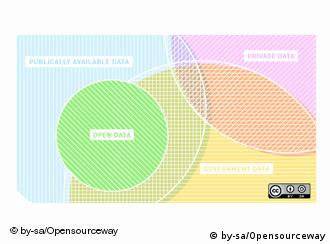 In the coming weeks, the EU will launch a tender for tech companies and freelance programmers to create an EU-wide online portal to allow access to government information and services.

In a talk given at last week's Re:publica conference in Berlin, Carl-Christian Buhr, an advisor to Neelie Kroes, the EU's digital agenda commissioner, said that the project's aim is to change how European citizens interact with government on a range of levels to make government data, statistics and other figures, more easily accesible.

"It would ideally combine the portal of the European institutions and Europe as a whole, a portal that really links up all that is available at a local and national level," Buhr told Deutsche Welle.

The hope is that by making this data available, it will be easier for designers and data visualization specialists to "mash up" this data into mobile phone applications and interactive web pages.

By allowing citizens access to government data and also to various parts of the civil service, energy consumption, agricultural subsidies and up-to-date public transport schedules are just some examples of the governmental realms Europeans could potentially be informed of and participate in.

The "open government" movement is building momentum in many European countries and the European Commission is now taking steps to bring government information and services together in a one-stop online portal. 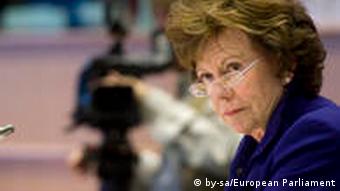 The plan, Buhr said, is for the new site to initially make data available on the European Commission level and for it then to expand to a national and then down to the municipal level.

EU portal would bring together systems already in place

There are already a range of open government programs and online facilities giving access to European governmental data on a state-by-state basis, such as the site Openspending.org, which gives United Kingdom residents access to government spending at the national and local level.

On Tuesday, the British site launched a spending data visualization for Italy as well.

Rufus Pollock, one of the co-founders of the Open Knowledge Foundation, the organization behind Openspending.org, argued that the implications for governments hiding profligate spending or corruption are profound.

“I think one of the biggest excitements is a really radical move to open up all spending and to be fair the UK government isn't too corrupt, but imagine places where corruption is a problem. Imagine that all over the world!” he said.

However in a bloc with diverse political cultures, the concept of bringing together data service portals right across the European continent is ambitious but it is hoped that by doing so citizens will be able to access information that may already be available.

"We have the infrastructure, the problem is that it's not yet unified," explained Buhr. "So that we see islands of providers, we see areas where data is available but not yet produced proactively."

New projects and challenges on the back of Open Government data

Another hope of a pan-European open government portal, would be to empower public and private bodies to create services not already available. 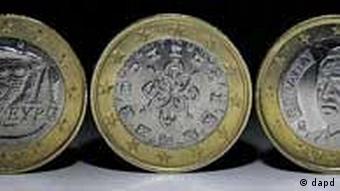 "There's a big example about the crowd-sourcing of information about problems with the streets, problems with the trees in your cities, all kinds of things where you normally have a heavy process to inform the public sector on what needs to be done," Buhr said.

Buhr was very keen to make clear that European government data should be available for anyone who wants to access it, however this itself presents challenges.

"I think we're just going to see a huge torrent of data released over the next couple of years we're already a lot more, more in some ways than we can handle," Pollock added.

Lost revenue may cause resistance

Much of the information the open government movement hopes to have access to is currently something that the public sector currently can charge citizens for.

Similar to applying for a new passport, governments have previously recovered some of their costs through the imposition of a "service fee." This causes resistance amongst some in the civil service to open data, as on a portal as proposed by the EC, this data would be given away for free.

"But of course it's true that it (data) brings money to the public sector, so I think what would be most important is to drive the demonstration of examples where the opening up of this data has lead to new economic activity and benefits for citizens," countered Buhr.

Whether the EC can demonstrate these benefits remains to be seen, however they have set a goal to have the pan-European portal operating by 2012.

With EU institutions often moving very slowly this timeline also may appear to be very tight, however a open data portal has the possibility of fundamentally changing citizens interaction with government on a range of levels.

New online interactive illustrations make datasets, statistics easier to understand. Some European designers wonder if newsrooms might be able to turn this service into a revenue stream. (19.04.2011)

Developers around the world push for open data

The International Open Data Hackathon kicked off in Berlin and more than 50 other cities worldwide on Saturday. Developers around the world want to use public data to build better websites and mobile phone apps. (06.12.2010)

Neelie Kroes, the EU's telecom commissioner, warns the industry of increased pressure in 2011. National telecom regulators, as in Italy, have not kept up the pressure on former state monopolies. (01.12.2010)