EU Sticks to Diplomacy in Iran

The European Union is playing down the threat of a US strike against Iran, saying that a diplomatic solution to Tehran’s nuclear ambitions will be found. 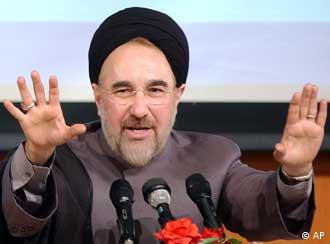 EU external relations commissioner Benita Ferrero-Waldner on Saturday told the German Bild am Sonntag newspaper that ultimately the European Union and the United States were striving for the same outcome in the discussions with and about Iran.

“Negotiations will be difficult, but I firmly believe that diplomatic efforts will be successful,” the commissioner was quoted as saying.

“I base this on the fact that no one could underestimate the consequences of a military strike – not only on the region but also on relations between the Islamic world and the West,” the Austrian politician in Brussels said.

A week ago, US President George W. Bush raised quite a few eyebrows and ignited a new round of discussion in Europe when he said he could not rule out using force if Tehran failed to rein in its nuclear plans, which he claims is a cover for the production of a nuclear bomb. It is also no secret that Bush considers Iran one of the chief players in the axis of evil. 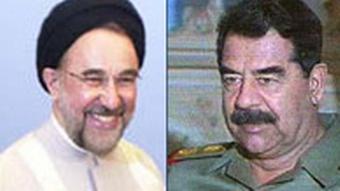 Iranian President Khatami and Saddam Hussein -- from one dictator to the next?

On Thursday, Vice President Dick Cheney said Iran was “right at the top of the list” of global trouble spots. He also said Iran was “a noted sponsor of terror.”

Despite such strong statements, the EU has been reluctant to outwardly criticize the US. It is still not clear to what extent Washington intends to make a direct threat of force to coerce Iran into abandoning its nuclear program.

“I am not sure that President Bush made a direct threat,” Ferrero-Waldner acknowledged in the Bild am Sonntag interview. She added: “Vice President (Dick) Cheney said that the diplomatic solution would be the best solution.”

“The European Union and the United States have the same aim: to prevent Iran from getting hold of a nuclear weapons, and they both want a peaceful solution,” she said.

The only difference between Brussels and Washington is in establishing priorities. The Europeans prefer to offer encouragement and support for the more moderate politicians in Iran, while the US opts for a faster and tougher approach.

Britain, France and Germany have been conducting ongoing negotiations with Tehran since mid-December to try to conclude a long-term deal whereby Iranians would definitively give up any ambitions of producing nuclear weapons, in exchange for better trade agreements.

Politicians Worried About US' Iran Stance

German politicians are alarmed following President Bush's comment that he would not rule out military force against Iran. Many are warning against an escalation of the conflict. (Jan. 19, 2005)

The EU and Iran have once again begun discussing a trade agreement. But it isn't easy: Iran is still suspected of developing nuclear weapons. (Jan. 14, 2005)