A majority of EU governments have backed a rescue plan for the bloc’s cap-and-trade system for carbon dioxide emissions. The plan aims to boost the price of allowances to make climate-saving investments more profitable. 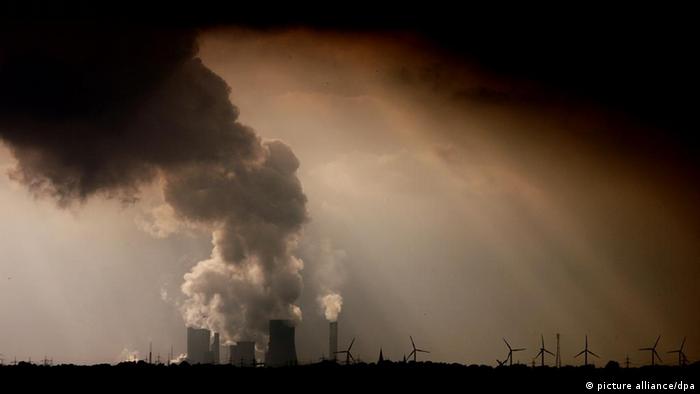 A majority of European Union members approved a proposal to delay an auction of allowances in the bloc's Emissions Trading System (ETS), the EU presidency, currently held by Lithuania, announced Friday.

The plan, which was rejected only by Poland and Cyprus, foresaw postponing the auction of 900 million euros worth of emissions certificates scheduled to be sold off over the next seven years, the EU presidency said.

In the past few years, a glut of an estimated 2 billion carbon allowances has swamped the European ETS market, resulting in a sharp fall in the carbon pricebelow 5 euros ($6.7) per ton of CO2. The slump was caused by a combination of reduced demand in the wake of the eurozone recession and a flood of allowances issued by member states, which sought to spare their industries.

Mainly Germany has long opposed attempts by the EU Commission and the European Parliament to withhold allowances - a measure which is also known as backloading.

On Friday, however, the government of Chancellor Angela Merkel gave up its resistance after receiving backing for the measure from its likely new coalition partner, the Social Democratic Party (SPD).

“A few days ahead of the next climate summit in Warsaw, the EU has signaled its determination to push ahead with a measure to protect the climate,” German Environment Minister Peter Altmaier said.

Introduced in 2005, the cap-and-trade system is a cornerstone in the EU's climate policy, which seeks to cut harmful CO2 emissions by 20 percent until 2020, compared with 1990 levels. However, the drop in certificate prices has discouraged investment into low-carbon technologies, as polluting industries have found it cheaper to buy allowances on the ETS market.

The proposal to backload allowances will now go back to the EU executive Commission and the European Parliament for final approval.