EU, South Africa Haggle Over Zimbabwe at First Summit | Europe| News and current affairs from around the continent | DW | 25.07.2008

South Africa and the European Union Friday, July 25 began their first ever summit in the French city of Bordeaux with Pretoria set to defend and jealously guard its mediating role in Zimbabwe. 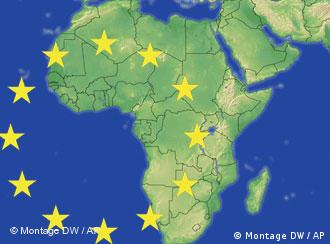 The meet has been overshadowed by the political crisis in Zimbabwe and the diametrically opposed stands of Pretoria and Brussels on ways of resolving the impasse after veteran President Robert Mugabe's reelection in a one-man run-off following a controversial first round.

The EU on Tuesday widened sanctions against Zimbabwe despite a deal brokered by South Africa's Mbeki between Mugabe and opposition leader Morgan Tsvangirai on talks for a future government.

Brussels views Mugabe as a tyrant who has crushed human rights and democracy and led the once-model African economy to ruin and burdened with the world's highest inflation rate.

Mbeki, on the other hand, has so far failed to publicly criticize Mugabe, and appears opposed to any attempt to arm-twist the octogenarian leader and to bow to any form of Western pressure.

"Our view is that there has been a major step forward in the process of dialogue in Zimbabwe thanks to the tireless and behind the scenes effort of President Mbeki," South African foreign ministry spokesman Ronnie Mamoepa told reporters.

"We want all those parties who have a genuine desire for a resolution of the crisis in Zimbabwe to give the current peace process a strong boost," Mamoepa added.

A source at the European Commission said: "Zimbabwe is always on the agenda during meetings with the South Africans but we are not expecting anything significant."

Mamoepa on Friday slammed Kenyan Prime Minister Raila Odinga for speaking out on the Zimbabwean situation and insisting that Mugabe release all political prisoners. 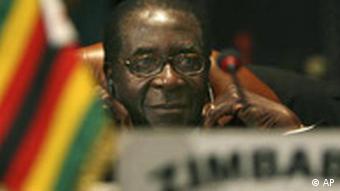 Mugabe's Zimbabwe is a conflict area for many nations

"We are not aware of the accreditation of Prime Minister Odinga as a mediator on the Zimbabwean question," Mamoepa said.

"Odinga is demanding that President Mugabe release all political prisoners and to host teleconferences, but in what capacity?" he added.

Other key issues include the situation in African flashpoints in Chad and Sudan's violence-riven Darfur region, the ongoing world trade talks, and the establishment of a free trade area between the EU and South Africa by 2012.

"We caution against the issue of an arrest warrant as counter-productive," Mamoepa said. 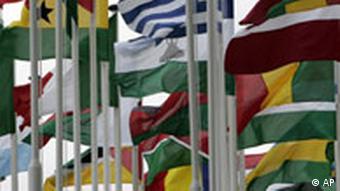 The EU and African nations are edging towards a trade deal

The other main focus will be on enhancing trade. But an irritant is the Economic Partnership Agreement Brussels is negotiating with African states to replace colonial preferential trade agreements.

Pretoria says smaller African economies could be pressured into giving up more for increased market access to the EU.

Bilateral trade between South Africa and the EU has increased more than five-fold between 1994 to 2007 from 56.5 billion rand ($7.5 billion, 4.7 billion euros) to 313 billion rand, according to South African figures.

In 1997, South Africa accounted for 1.5 percent of the EU's external trade in goods and was its 12th most important trading partner, according to Eurostats.

Germany has said it supports a call by Zimbabwe's opposition for the African Union to name another mediator in talks over the country's political crisis. The mediation follows a widely condemned one-candidate election. (30.06.2008)

Strained Trade Relations Between Africa and the EU

The EU wants to forge a series of new trade agreements with Africa. But the deals foundered at a summit last month. With anti-pact protests in Africa and increasing Chinese investment, Europe might have to think again. (12.01.2008)