A list of retaliatory EU tariffs on US imports will reportedly be published next Wednesday. The EU accuses the US of providing illegal state aid to Boeing, and the US accuses the EU of doing the same for Airbus. 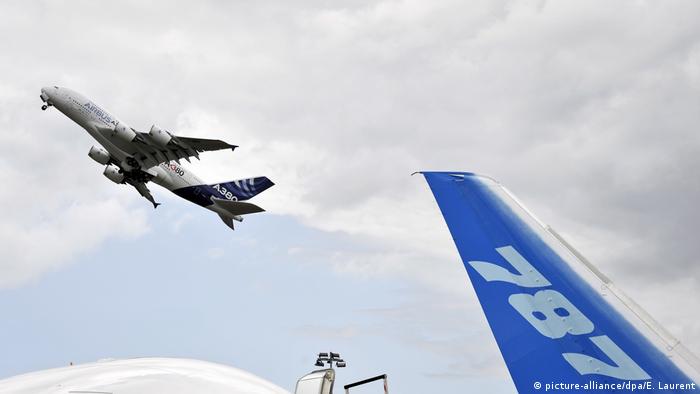 The European Commission intends to publish a draft list of retaliatory tariffs on some €20 billion ($22.6 billion) worth of US imports next Wednesday, EU diplomats told multiple news agencies late Friday. The report came as French Finance Minister Bruno Le Maire and his US counterpart Steven Mnuchin met in Washington.

In a trans-Atlantic row before the World Trade Organization (WTO) that has dragged on for 14 years, the US and EU accuse each other of illegally subsidizing their respective aviation giants, Boeing and Airbus.

Le Maire pleaded for an "amicable solution" during a news conference on the sidelines of IMF and World Bank meetings, but warned that Europe was "ready to respond" if hit by "unjustifiable" US sanctions.

Earlier this week, US President Donald Trump threatened the EU over Airbus and US trade authorities said they were drafting a list of EU products to be targeted when imported into the United States.

EU diplomats quoted by Reuters on Friday said the Commission was likely to ask the WTO to authorize countermeasures worth €10.6 billion ($12 billion).

Beforehand, the draft list, initially larger, would be published for public consultation. WTO consent was not expected before March 2020.

A final WTO decision in the reciprocal US case against Airbus and the EU is expected in June or July of this year, 2019.

"You could say the Commission is preparing early, provoked by the US," one EU diplomat said, referring to the tit-for-tat tariff threats. 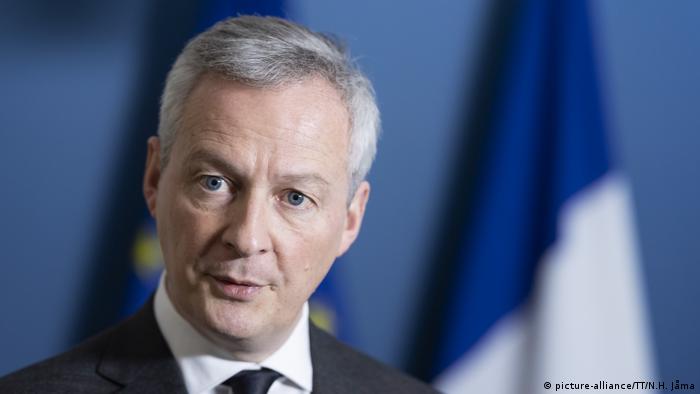 "It was constructive and frank but also difficult and tense," said a French official quoted by the news agency AFP from Washington.

Next week, the EU is expected to give final clearance to start formal trade talks with the US aimed at removing transatlantic duties on industrial goods.

Washington, for example, wants access for its farm products to Europe, something the EU has so far ruled out.

Export-dependent Germany has a major stake in car exports to the US.

The life of the Airbus A380

President Julius Maada Bio dismissed cost-of-living claims and said protesters this week were part of a "premeditated" plot to take down the government.