EU Pledges Aid to Afghanistan to Fight Corruption, Drug Trade | Europe| News and current affairs from around the continent | DW | 29.01.2007

The European Union on Monday announced an aid package to Afghanistan worth 600 million euros ($775 million) over the next four years. 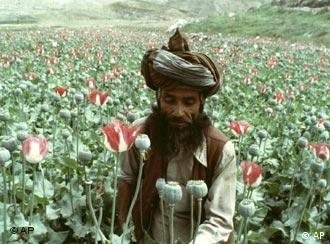 Speaking after a meeting of the so-called EU troika in Berlin, EU External Relations Commissioner Benita Ferrero-Waldner said one of the main thrusts of the funding would be bolstering the judiciary in Afghanistan in order to fight corruption. 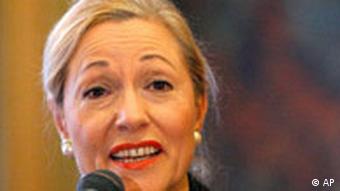 Ferrero-Waldner said the aim of the program was to ensure that judges "can do in the future what we take for granted" in the West.

The EU funding would also go towards developing alternative crops to combat the narcotics industry in Afghanistan, which is the world's biggest opium producer.

The pledge follows the announcement last week that the United States plans to spend an extra $10.6 billion in Afghanistan over two years and to extend the tour of duty of more than 3,000 US troops there by four months. 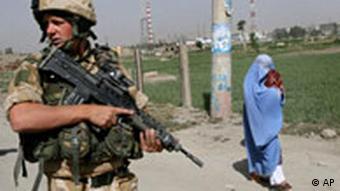 A British NATO soldier in Kabul

At Washington's urging, NATO has agreed to step up military efforts in spring when Taliban insurgents are expected to intensify their offensive. Fighting last year left 4,000 people dead, most of them rebels.

"We believe that we need to stabilize the situation before terrorist groups can reform," said Afghan Foreign Minister Rangeen Dadfar Spanta, who also attended the meeting. "Yet on the other hand we have to continue our efforts for the rural populations especially in the south."

German Foreign Minister Steinmeier pointed out that dire reports of the security situation in Afghanistan obscured the fact that "there has been much civilian progress in the country." He added that the international community had an obligation to improve the lives of ordinary Afghans.

"Despite all our efforts to secure Afghanistan, we have to win over the hearts of the Afghan people," he said. 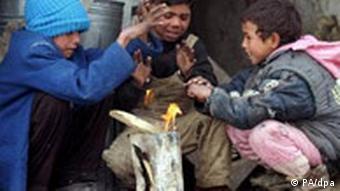 Will they benefit from the new aid package?

The combined contribution from the joint EU budget and by EU member states to Afghanistan for the period 2002-2006 was 3.7 billion euros. The new package for the period 2007-2010, will also focus on health, apart from rural development and the reform of the justice sector.

Over the next few months, the EU's executive arm plans to place experts in key justice institutions -- the justice ministry, supreme court and the attorney general's office -- to help draw up reform plans for Afghanistan's judiciary and legal services.

EU foreign policy chief Javier Solana said in Berlin on Monday that it was increasingly likely that EU badge-wearing police advisors would be sent to Afghanistan soon.

"An EU police mission in Afghanistan is very likely," Solana said in a speech to a conference on European security and defence policy which followed the aid announcement.

EU member states last week gave the green light for such a mission to support the NATO-led military and reconstruction campaign in Afghanistan.

Germany is expected to decide soon on a NATO request to send reconnaissance aircraft to southern Afghanistan. According to a news report, German pilots may be preparing for more than that, however. (29.01.2007)

NATO clinched an agreement Wednesday to bolster its troubled mission in Afghanistan by sending more troops and cutting restrictions on forces already there, while admitting that gaps remain. (29.11.2006)

"In Afghanistan, Damage Limitation Is the Only Realistic Option"

NATO's mission in Afghanistan hasn't been a failure, but it still could be, Cambridge University political scientist Christopher Hill told DW-WORLD.DE. (27.11.2006)