The European Parliament has invited NSA-whistleblower Edward Snowden to provide testimony for its probe into US spy activity. The announcement came ahead of the release of its first report on NSA practices in the EU. 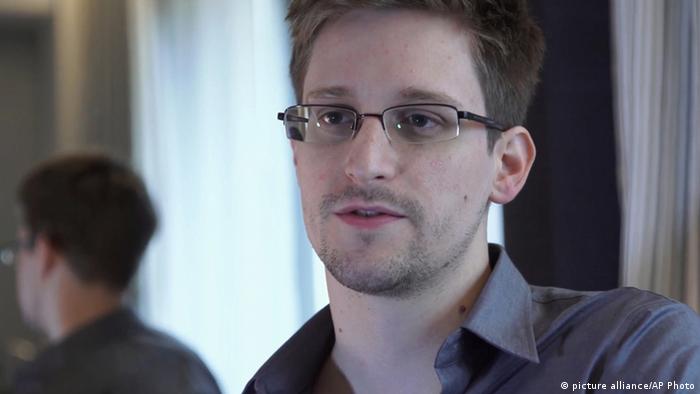 The European Parliament's committee tasked with investigating the NSA announced on Thursday it had invited Edward Snowden to provide testimony via video link. It was not immediately clear if Snowden would agree to the request.

The Justice and Civil Liberties Committee voted on the measure 36-2 with one abstention.

Snowden would be worried about the video link pointing US authorities - who are currently seeking his arrest - to his undisclosed location, Albrecht told the news agency AFP, saying he considered it "very unlikely" that Snowden would testify.

The EU Parliament has tasked its Justice and Civil Liberties Committee with investigating the extent to which US National Security Agency (NSA) spied on EU member states.

According to information from Snowden, the US surveillance program had been collecting the metadata of phone calls primarily in the US and its program, dubbed PRISM, had been trawling emails and other Internet activity from Google, Microsoft, Apple and Yahoo.

US President Barack Obama has tried both to defend the mass surveillance program as a necessary anti-terrorism measure and to allay fears that the US had infringed on privacy rights at home or abroad. On Wednesday, he invited Chancellor Merkel to visit Washington in an effort to restore ties.

US President Barack Obama has invited German Chancellor Angela Merkel to visit Washington, apparently to repair ties strained by US surveillance of her mobile phone. An exact date has not been announced. (08.01.2014)

The British and US secret services have been accused of bugging the telephone lines of German government agencies and ministries. London and Washington are also alleged to have spied on a top EU official. (21.12.2013)